Public guest lecture with Professor Azyumardi Azra organised jointly by the Embassy of the Republic of Indonesia and ADI.

Being a multi-ethnic and multi-religious country that also hosts Muslim majority (the largest Muslim population in the world), Indonesia needs to maintain peaceful coexistence between cultures in the society. Furthermore, as a new democracy, Indonesia is also facing the test if multiculturalism makes an opportunity or obstacle in developing democratic culture. The lecture will signify both the development and challenges of multiculturalism in Indonesia today, that may raise the question "will the culture of coexistence sustain in Indonesia?" 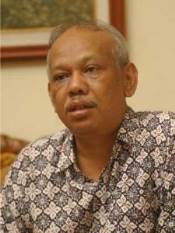 Professor Azra is known around the world as a prominent scholar particularly on contemporary Southeast Asian Islam, and as one of the foremost speakers on the subject of Islam and democracy.

Professor Azra will also be part of a round table debate on election in Indonesia at NIAS - Nordic Institute of Asian Studies on 27 March. Read more about the event here.

Organizer: Embassy of the Republic of Indonesia and ADI