The current literature on Chinese business migration stresses a number of connected themes. One is the link between ethnicity and entrepreneurship, typically emphasizing family structure, the mobilization of guanxi obligations, and Confucian ideology. Another is transnational networks, generally focused on regional South-east Asian and East Asian connections, but with a growing awareness of European and North American nodes. What is typically ignored, though, is Chinese business migration that results not from the relative lack of opportunities in China but is a strategy for the preservation of wealth generated through the rise of China since the 1980s. The significant movement of capital out of China that is invested in North American, European and Australasian economies is achieved by new regimes of residency and citizenship schemes developed by neo-liberal Western states, often with implicit reference to the needs of Chinese nationals to expatriate funds from mainland China in defiance of domestic anti-corruption policies. As well as considering the background of wealth creation in China and investor-residency schemes in the West the paper will consider how Chinese nationals overcome the stringent regulations designed to limit the movement of money out of China.

Jack Barbalet is currently Chair Professor in Sociology and Head of the Department of Sociology at Hong Kong Baptist University, where he has been since 2011. Before going to Hong Kong he was at the University of Western Sydney, as Foundation Professor of Sociology (2008-2010) and then Professorial Fellow (Professor with research-only duties) in the Centre for Citizenship and Public Policy (2010-2011). Previously he was Professor of Sociology and Head of Department of Sociology at the University of Leicester, in England (1999-2008) and before that was at the Australian National University in Canberra for over twenty years. His first academic appointment was in economics at the University of Papua New Guinea. Professor Barbalet has made significant contributions to sociological theory, political sociology, the sociology of emotions and economic sociology. This work has been widely cited and some of it translated into other languages, including Chinese, German, Italian, Korean, Portuguese, Romanian, Spanish and Swedish. His most recent publications have appeared in American Behavioral Scientist, British Journal of Sociology, Journal of Classical Sociology, Journal of Political Power, Journal for the Theory of Social Behaviour, Sociological Review, and Theory and Society. Professor Barbalet’s current research is focused on aspects of Chinese sociology, including guanxi, family structure, and wealth migration.

Organizer: Centre for Social Theory, Dept. of Sociology and ADI 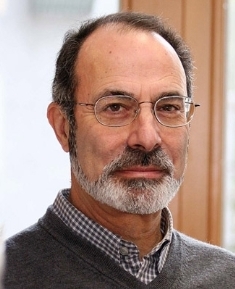