Gender Dynamics of Politics in Asia from a Comparative Perspective

Gender is the focus of attention not only in private life but also in the public domain today. For example, the gang rape in New Delhi has shaken Indian politics since the end of 2012. Why are women cruelly attacked, when women are more and more liberated and empowered? In neighboring Pakistan, Malala Yousafzai stands firmly on the right of education of women. Japan is not exceptional: in various scenes of Japanese society and politics, gender attracts various interests progressively as well as retrogressively. Chiharu Takenaka talks about gender dynamics of politics in Asia from a comparative perspective.

Chiharu Takenaka is Professor at the College of Law and Politics, Rikkyo University, President of Japan Association for Asian Studies and Vice-President of the Peace Studies Association of Japan. She is specialized in International Politics, South Asian Studies and Gender Studies. Her writings include Why are there always Fights in the World? To Untie the Chain of Violence (Tokyo, 2004) and The Bandit History of India: Empire, the State and Outlaws (Tokyo, 2010). She has translated the earlier works of Subaltern Studies in Subaltern History: Deconstructing Indian History (Tokyo, 1998 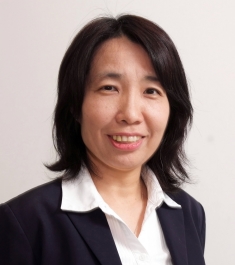