ADI-ToRS PhD Seminar: Ideology Post Cold War.
Leftism, Political Islam, Authoritarian Nationalism, and its Convergences/Divergences: the Future of Political Ideology in Indonesia and the Global South and its Regionalizations.

Dr. Carool Kersten - Senior Lecturer in the Study of Islam and the Muslim World and Deputy Research Director of the Centre for Religions, Theology & Public Life at King's College London with background in the history of religion, Arabic, Indonesian and Islamic Studies.

Outline:
Political ideology and its effects on the progress of social and political change have drastically been neglected and undervalued in the post-Cold War era, both in the theoretical field and also in the Area Studies. Marked to be old-fashioned or backward-looking, the subject of political ideology has not been the primary focus of contemporary political science research. Moreover, the end of ideology has been declared in resonance with the claim made by Francis Fukuyama that history has found its end.

In contrast to that, New Humanities, Subaltern Studies and Postcolonial Theory show that ideology is ever more vital, vibrant and significant than ever in social life and political transformations. But ideologies do not appear and are not visible in the same way that they have been in the 60s and 70s, but they re-appear in alternative and changing figurations.

Ideology’s Significance Today
The PhD seminar takes a look back at the ideological movements of the past and takes a fresh look at the figurations of ideology today. The pre-assumption is that there are alternative ideologies to the neoliberal, ethno-centrist and American-capitalist hegemonic ideology. The social movements that we observe today are engaged in a real battle over the future in a neoliberal, highly polarized society and in the seeking of justice, taking into question former hopes into the nation-state and modernization processes and asking for better living conditions for the growing working class.
Progressive and Islamic ideology but also new forms of authoritarianism as well as their convergences and divergences are alternative ways of forming a society. Today, political ideologies can be mergers or overlaps of several ideologies and consequently are for example Islamic Leftism and Islamic Nationalism no necessary contradictions but plausible convergences of Islam with another ideology.

Regionalizations in Indonesia and Elsewhere in the Global South
Whereas political ideology has mostly been scientifically discussed from Western, especially Eurocentric, perspectives and in the West itself, it is intended with this seminar to explore ideology from the “Area Studies perspective” as well as introduce approaches to political ideology from the viewpoint of the Global South. Ideological developments in Southeast Asia do not necessarily follow those in the West and are not identical with them despite the same name or reference.

In Southeast Asia, leftism for example has very interesting convergences with Islam. Both leftism and Islam are about the utopia of an egalitarian and just society. Islamic leftism in Indonesia for example counteracts the imperialism of the West although they may be inspired by Western Marxist paradigms. Islamic leftism in fact has a long-reaching history going back to the foundation period of the nation. Moreover, in more recent times, we observe another form of political Islam with very strong anti-Western and also anti-leftist connotations. Interestingly, at the same time, leftism in Indonesia has become very critical of Western-imperialist positions as well, which includes critique on human rights as well as civil society.

The PhD seminar aims at being a cross-faculty and inter-disciplinary seminar with which the scope and width of the topic shall be explored. All PhD fellows who have a PhD project within the wider field of the Humanities and Social Sciences with a focus on a regional specific topic, be it on a non-Western or Western country, be they from the Area Studies (any regional focus), Philosophy, Political Science, Sociology, Psycho-Analysis, Media Studies, Philology or History are the target group of this seminar.

Requirements & ECTS:
Participants are required to read mandatory readings (including but not limited to one text of each of the guest speakers) and actively participate during the discussion rounds of the PhD seminar. Participants are strongly encouraged to give a 10-15 minutes presentation relating their own dissertation project to the PhD seminar topic which will result in a higher number of ECTS awarded: 2.6 ECTS for full participation with presentation, 1,1 ECTS for full participation without presentation.

Participants: Participants should ideally be PhD candidates, however, masters students with relevant research topics are also welcome participants. Participants are selected on the basis of their application documents. Selected participants are asked to cover their own travel, accommodation and food expenses. The PhD seminar itself is free of charge. Presenters have the chance to get individual feedback from the two high-level scholars present and engage with them in direct discussion during the seminar as well as the networking session.

Application procedure & deadline for submission:
Please send a short CV (1 page), PhD abstract (250 words), expression of interest relating own PhD topic to the topic of the PhD seminar (500 words) as three separate documents (ideally Word)  by 19 May 2014. Late applications will be considered on a first-come-first-serve basis. 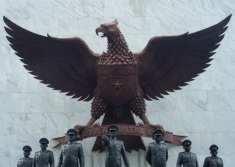