Informalizing the Economy: The Return of the Social Question at a Global Level

The classical conceptualization of the working class, of workers’ collective action and, especially, of trade unionism, was implicitly or explicitly based on the Standard Employment Relationship that, for a few decades, has been dominant in North America, Europe, Japan and Australasia. The ‘classical’ model of collective bargaining, which has shaped the world’s traditional labour movements, was based on this conceptualization. However, it is now increasingly undermined by the rapid spread of ‘informal’ or ‘precarious’ labour in the global North. It is our contention that the ‘classical’ view of
the working class and workers’ collective action is fundamentally biased and takes as a norm or standard what was in fact an historical exception. The real norm or standard in global capitalism is insecurity, informality or precariousness, and the Standard Employment Relationship is an historical phenomenon which had a deep impact in a limited part of the world for a relatively short period of time. If, as we argue, the ‘Rest’ (i.e. Asia, Africa, and Latin America) is not now becoming like the ‘West’, but the other way round, then the ‘traditional’ forms of collective action that have developed in the North Atlantic region during the last two centuries are gradually losing much of their impact. New forms of collective action are emerging, though these are often still at an
embryonic stage. It is, therefore, high time to rethink the concept of the working class and the ways in which it can further its interests.

Book launch: Pauperism in India: Past and Present 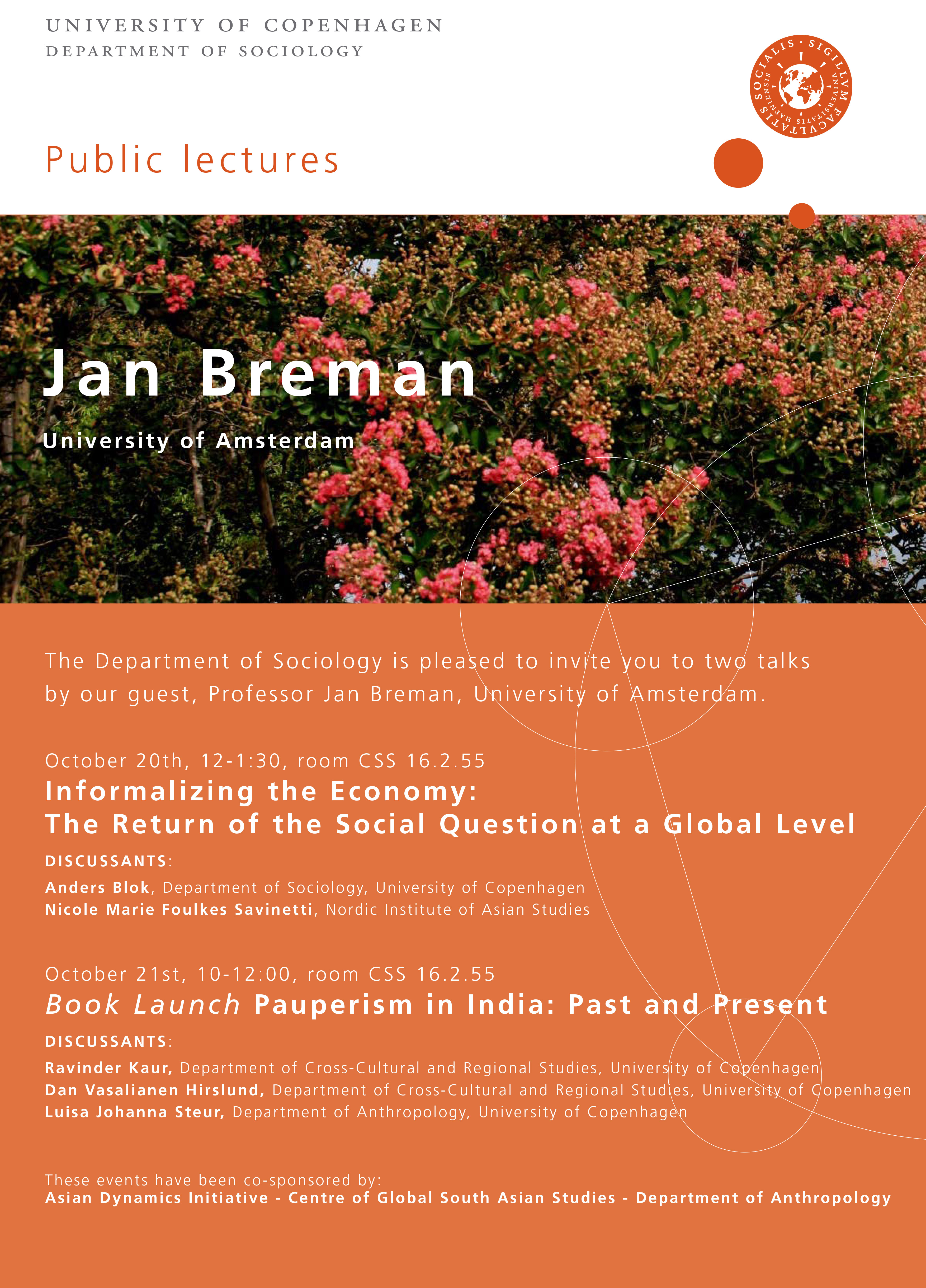