Department of Cross-Cultural and Regional Studies (ToRS), Korean Studies invites you to a talk by 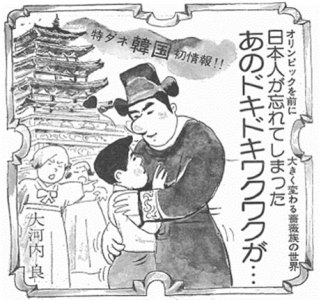 This paper explores how pre-WWII histories of Japanese imperialism and militarism inflected the imagination and practice of gay desire in Asia-Pacific after 1945.  To re-center trans-war, trans-national, and trans-ethnic dimensions of LGBTQ cultures in the region, I focus on two related discourses that have received little attention in a field that continues to approach Japan as an “island nation” or primarily in its bilateral relations with the US.  The first discourse that problematizes this Cold War epistemology is evidenced by many authors who homoeroticized the drudgery and violence of prewar soldiering in a demilitarized Japan.  To explore this dimension of post-colonial sexualization, I will analyze Yamaguchi Jun’s “Youth Ablaze in a Foreign Land: Thwarted Nights” (1978), a short story that re-establishes virile masculinity among young Japanese soldiers who become confident gay adults through their privileged, if precarious, position in Korea.  The second part of the presentation interrogates contemporaneous accounts that encouraged Japanese men to return to the many urban centers of its former empire – not as war mongering soldiers or colonial officials, but as middle-class businessmen engaged in sex tourism.  Building on feminist critiques of heterosexual liaisons in the ongoing subordination of lower-class women, I show how inter-ethnic encounters between gay men developed in tandem with kisaneg tourism, a post-colonial form of sex work that re-established an unequal system of transactions facilitating the Japanese consumption of Korean bodies.