Chinese Literature and the Writings of Exile

ADI and China Studies at the Dept. of Cross-Cultural and Regional Studies are pleased to invite you to a lecture by Chinese writer Ma Jian.

MA JIAN was born in Qingdao, China in 1953. He worked as a watch mender’s apprentice, a painter of propaganda boards, and a publicity photographer for a petrochemical plant, before he was assigned the job of photojournalist for a state-run magazine. At the age of thirty, he was targeted in a government campaign against ‘spiritual pollution.’ He gave up this job and travelled for three years across China—a journey described in his book Red Dust, winner of the 2002 Thomas Cook Award for Travel Writing. After the government banned his books in China in 1987, he moved to Hong Kong, and then ten years later to London, where he now lives. 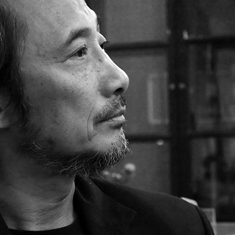