Danish expeditions along the Silk Road

Collecting objects from the Steppes to the High Pamirs 1896-1899

In the 1890s, the Danish lieutenant Ole Olufsen set out to lead two expeditions to Tsarist Central Asia. Exploring areas that were still blank on European and Russian maps, the participants spent more than a year traveling on horseback in the Pamirs and adjacent valleys bordering Afghanistan, China, and British India. They lived with Kyrgyz nomads who carved out an existence for themselves above the tree line with their sheep, goats, and yaks. Traveling along the river Pandsh, they were the first Europeans to collect ethnographical information on the transhumant pastoralists in the elevated valleys bordering Afghanistan. On the steppes of the western lowlands, the Danish expeditions stopped in Samarkand, Khiva, and Bukhara, commercial hubs on the old Silk Road. As official guests of both the emir of Bukhara and the khan of Khiva, they studied the handicrafts of the bazaars and the irrigation agriculture practiced by the Tajiks and Uzbeks. On visits to Merv they also spent time with Turkmen nomadic tribes who had only recently been fighting the Russian colonial power. Esther Fihl has studied these Danish expeditions and the magnificent collection of objects brought back to the National Museum of Denmark. Drawing on diaries, reports, and published works and a scrutiny of the guiding principles for their collecting of objects, she demonstrates how these explorers portrayed the cultures encountered.

The Ethnographical Collections. The National Museum of Denmark
Dept. of Cross-Cultural and Regional Studies, University of Copenhagen
Asian Dynamics Initiative 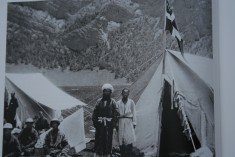 Organizer: ADI, The Ethnographical Collections. The National Museum of Denmark and Dept. of Cross-Cultural and Regional Studies 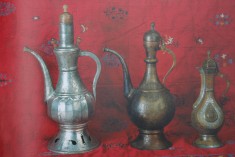