Guest lecture by Professor Will Sweetman

The gulf which separates contemporary scholars from their subjects in Tranquebar under Danish rule is as great as that between the different cultures represented in Tranquebar in that period. Moreover those cultures were multiple; just as missionaries sought to exploit differences among Hindus, so missionary reports of Indian society were exploited by different groups in Europe. These differences and the challenges they present for cross-cultural understanding will be illustrated by an examination of a collection of Tamil texts assembled by the Protestant missionary, Bartholomäus Ziegenbalg, in Tranquebar in the first decade of the eighteenth century. 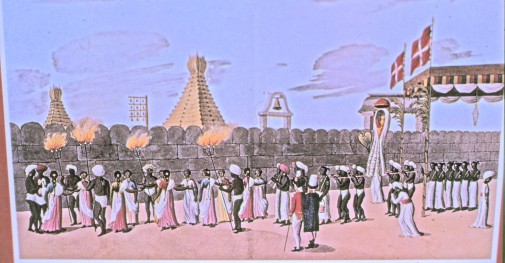 Prof. A. R. Venkatachalapathy and Prof. Esther Fihl
The Tranquebar Initiative of the National Museum
&
Alternative Spaces, University of Copenhagen