The Future of the Left in Southeast Asia

Taking a close look at Thailand and the Philippines but also touching on Malaysia and Indonesia, the talk will explore the future of progressive movements in Southeast Asia.

Walden Bello, senior analyst of the Bangkok-based Institute Focus on the Global South and professor of sociology at the University of the Philippines, is one of the leading critics of the current model of economic globalisation, combining the roles of intellectual and activist.

Bello obtained his PhD in sociology from Princeton University in the US in 1975 and has been a full professor at the University of the Philippines at Diliman since 1997. He is currently distinguished visiting scholar at International Development Studies, St. Mary’s University, Halifax, Canada. He has also served as visiting professor at the University of California at Los Angeles (2002), UC Irvine (2006), and UC Santa Barbara (2006). He was Chancellor’s Fellow at UC Irvine in 2004 and was awarded an honorary PhD by Panteion University in Athens, Greece, in 2005. In 2003, Bello received the Right Livelihood Award.

Bello has published widely on global, Asian, and Philippines issues, including Capitalism's Last Stand?: Deglobalization in the Age of Austerity (London, New York: Zed Books, 2013), The Food Wars (New York: Verso, 2009), Dilemmas of Domination: the Unmaking of the American Empire (New York: Henry Holt and Co., 2005), The Anti-Developmental State: the Political Economy of Permanent Crisis in the Philippines (Quezon City: University of the Philippines, 2004), Deglobalization: Ideas for a New World Economy (London: Zed Books, 2002), The Future in the Balance: Essays on Globalization and Resistance (Oakland: Food First, 2001) 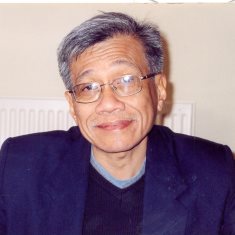