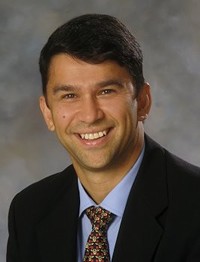 We are pleased to announce this public guest lecture by Professor Michael Wesley from the Australian National University. The lecture is organised as a joint initiative between the Australian Embassy, ADI and NIAS.

The world has never seen economic development of the speed and scale of Asia’s during the decades straddling the turn of the millennium. This has brought to an end the era in which international affairs were shaped mostly outside of Asia. The continent of Asia is home to three-fifths of humanity. Within decades it will produce more than half of the world’s economic output, and consume more energy than the rest of the world combined. This lecture explores the security dynamics accompanying this explosive growth: the sudden, structural increase in energy dependence, the growing investments in maritime weapons systems, and the new governmental dynamics and structures of security decision making in China and Japan.

Professor Wesley has also served as the Editor in Chief of the Australian Journal of International Affairs, a Trustee of the Queensland Art Gallery and a Board Member of the Australia Television Network. He is a Non-Executive Member of the Senior Leadership Group of the Australian Federal Police and a Director of the Kokoda Foundation. His most recent book, There Goes the Neighbourhood: Australia and the Rise of Asia, won the 2011 John Button Prize for the best writing on Australian public policy.