The political economy of SOEs: National Champions or socialist institutions?

Over the last years, China’s central state-owned enterprises (SOEs) have become huge international players. While these “National Champions” now rank among the largest global businesses, they are also known for poor efficiency, low productivity, and often portrayed as opponents to corporate reforms by both Chinese and foreign media. Looking at the local operations of national oil giant CNPC in China’s North-Eastern city of Daqing, a more complex picture emerges. In industrial cities such as Daqing, SOEs remain deeply embedded in local society, economy, and politics, and it becomes clear that looking at SOEs as economic organizations only shows half the picture. Revealing the socio-political missions vested in CNPC’s local branches, I discuss SOEs as hybrid organizations straddling Party-state administration and economy, and illustrate some of the historical, ideological, and structural reasons for slow SOE reform progress. 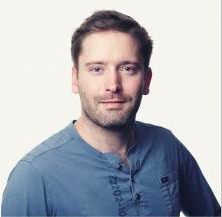 Nis Grünberg has an MA in China Studies from the University of Copenhagen and recently earned his PhD at the Asia Research Centre, Copenhagen Business School. He is currently working as a postdoc at CBS and the Sino-Danish Center in Beijing.
Feel free to bring your own lunch. There will be coffee/tea.