China’s Reconnection to Europe via the BRI: The China-Europe Freight Train and its Two-ended Urban and Regional Impacts

The Belt and Belt Initiative (BRI) since 2013 has forged a new spatio-economic connection between China and Europe through the older transport technology of freight trains. Since 2011 when the first China-Europe freight train reached Duisburg in Germany from the megacity of Chongqing in southwestern China, the number of trains and routes have multiplied into diverse and frequent services carrying containerized goods between a large number of regionally varied Chinese cities and major European urban centers. In this talk I will examine China’s rationale for launching the China-Europe Freight Train (CEFT) as a large-scale connective infrastructure project and the opportunities and challenges for its implementation. I will also assess the local impacts of this set of transnational or trans-border transport routes on selected cities in China’s inland and border regions and in Europe. Drawing from theoretical and analytical perspectives on global urbanization, regional development, and transit-oriented development (TOD), I will explore the role of the CEFT in creating new local hubs of international functions and spillovers in trade and logistics and in shaping new cross-border regional economic spaces for reorganized supply chains and more rebalanced development. 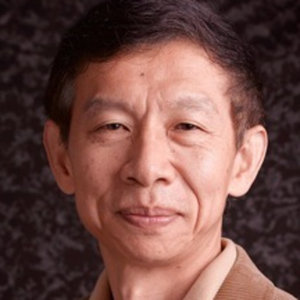 Xiangming Chen served as the founding Director of the Center for Urban and Global Studies at Trinity College from 2007 to 2019 and is currently Paul Raether Distinguished Professor of Global Urban Studies and Sociology at Trinity College in Hartford, Connecticut. He is also an Adjunct Professor in the School of Social Development and Public Policy at Fudan University in Shanghai and the Graduate School of the Shanghai Academy of Social Sciences, China.

The event is open to all. No registration required.