Frauds, fakes and fentanyl - How profits and corruption have driven dangerous medicine in China and beyond its borders 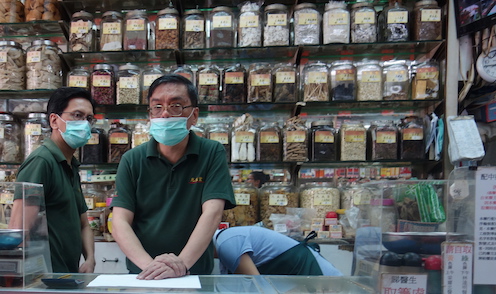 ThinkChina and the University of Copenhagen together with ThinkChina advisory board member, Christina Boutrup are very pleased to host renowned and award-winning journalist Kathleen McLaughlin for a public talk on how profits and corruption have driven dangerous medicine in China and beyond its borders.

Over the course of many years, McLaughlin has reported on how unchecked corruption has created dangerous medicine in China, from counterfeit malaria drugs in Africa to deadly opiates like fentanyl now flooding the United States. Her work also involves a personal story about smuggling human blood plasma into China to avert the severe risk of HIV and other viruses in the Chinese blood supply, again due to corruption in the system. The talk will draw together these threads of reporting and discuss how China's medical system and scientific research - on track to become the largest research power in the world - influence the rest of the world and what lessons we can draw from their mistakes. Kathleen McLaughlin has reported from Asia and Africa for a long list of major U.S. and U.K. publications including The Economist, The Washington Post, PBS News Hour, Foreign Policy, The Guardian, the San Francisco Chronicle, and Buzzfeed.

Kathleen McLaughlin is an investigative journalist and writer focused on the intersection of science, politics and culture. She was based in China for 15 years, first reporting on business and politics, then later as a correspondent for Science magazine. Now in the US, she is a contributor to the New York Times, the Guardian and the Washington Post, and writes about climate change and other environmental issues in Asia for Science. She spent years in China and beyond reporting on counterfeits and fake drugs, and the impact of corruption in medical systems. She was a 2014-15 Knight Science Journalism fellow at the Massachusetts Institute of Technology (MIT).