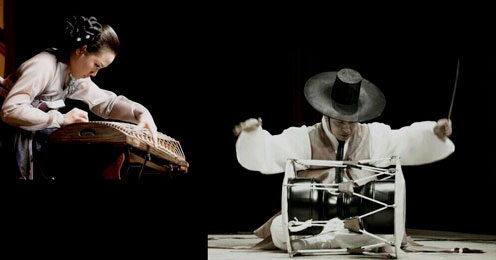 The collaborating musicians work with Jacob Anderskov (piano), Lotte Anker (saxophone) and Halym Kim (drums). Together, they will create a new musical language with inspirations from the traditional Korean music and contemporary improvised music.

The project is called Gongan. The musicians involved will investigate in the Korean approach of flow, space and tension and transmit these elements into the context of Western improvised music. Gongan displays the possibility of how two different musical cultures can coexist and create a new musical understanding between South Korea and Europe. By adding the traditional Korean instruments changoo and gayagum the ensemble extends its sound and presents a new soundscape.