The Empire of Crime: Criminalistic Fantasy of Modernity in Detective Fiction in Colonial Korea 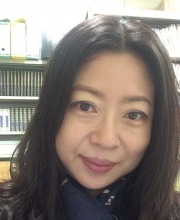 Mainly marginalized in the discussion of modern Korean literature, the genre has been understudied so far. However, I argue that this genre requires serious scholarly attention since it directs us to see how the ambiguity of colonial capitalism was manifested in the fantasy of crime, a fantasy that reflects the society’s fear and anxiety over its repressive reality; and how it complicates the relationship between the colonized and the colonizer, Japanese and Koreans, the original and mimicry, and so on. This seminar provides an overview of the development of the genre and discusses some characteristics of Korean detectives and criminals in urban settings, with an emphasis on economic and geographical mobility, the gendered imagination of crimes, and the nuanced criticism of Japanese imperialism in fictions that were produced between the mid-1930s and the mid-1940s".