The hyper-expansion of trade routes and the relentless “opening up” of continents and oceans, again, is a world-historical event in the early twenty-first century. At the heart of this phenomenon is the seemingly insatiable demand for natural resources driven by a growing world population and a strengthened economic muscle of emerging economies in the old third world. A particularly ambitious iteration of this trend is China’s Belt and Road Initiative – the New Silk Road – that has raised both hopes and anxieties across the world. A vast network of actual and projected infrastructure projects, BRI seeks to connect ever-new territories, resources, people with markets, and in the course capitalizing upon surplus financial, material and human resources available in he emerging economies. The move has raised not just geo-political anxieties but also concerns about ecological damage brought about by the unchecked quest for economic growth. To be sure, BRI is the most visible of several large-scale infrastructure development projects across Asia, Africa, and Latin America. Many of these projects are less spectacular, and steered by national governments within national boundaries that seek to make nations competitive as “investment destinations” in the world economy. These projects do not always entail concrete infrastructures of brick and mortar, they also focus on human development programs aimed at creating skilled labor for new economic structures. In short, the push to expand markets in ever-new territories is not just reconfiguring the national societies and ecologies but also the transnational geo-economic axes of influence and strategic power. 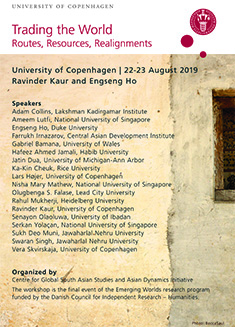