Why understanding the RSS is important

Brown bag seminar with Walter Andersen on his and Shridhar Damle’s co-authored book entitled Messengers of Hindu Nationalism: How the RSS Reshaped India (2018). This book offers a view to the inside of the Rashtriya Swayamsevak Sangh, the organization that has molded the current Prime Minister of India, Narendra Modi, as well as the party to which he belongs, the Bharatiya Janata Party. The book was published in 2018 by Hurst (UK), Penguin (India) and a Mandarin version is about to be released in China.

Speaker Bio:
Walter Andersen, born in New York City, did his graduate work at the University of Chicago where he received his doctorate, writing a dissertation on religious politics. This dissertation, based on extensive fieldwork in India, was turned into a book, The Brotherhood in Saffron.  He was a teaching intern at the University of Chicago, on the Political Science faculty at the College of Wooster, and taught at the University of Georgia.  He later joined the US State Department,  serving overseas in South Asia, including as special assistant to the US Ambassador to India, William Clarke, as well as in Washington, D.C., where he retired in 2004 as head of Office of Research for South Asia.  Following that, he joined the faculty at the School of Advanced International Studies of Johns Hopkins University where he became Administrative Director of its South Asian Studies Program.  Since 2010, he has also taught graduate International Relations seminars at Tongji University in Shanghai. He has written extensively on religious politics and is now doing preliminary research on a book that will analyze the intersection of law and religion in India. 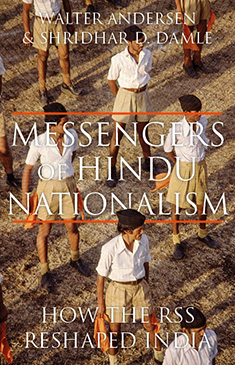