Asia in Focus Issue 6 out now

Asia in focus has recently opened the journal up to submissions from scholars across Europe. The current issue features authors of different nationalities studying and researching in Denmark, Sweden, Norway and Germany.

Issue 6 starts with a look at historical events from the 19th century in Japan, with John Hennessey doing a reevaluation of William Wheeler’s Work for the Kaitakushi, the Japanese government agency responsible for the settlement of the northern island of Hokkaido, through a postcolonial lens. In the second chapter, Deirdre Sneep takes us into the 20th century with an analysis of the history of the smartphone. She sheds light on the dominant techno-orientalist narrative which almost entirely overlooks the historical achievements and contribution of technologies originating in Japan. We then make a shift to look at contemporary social and institutional change. Firstly, Nhung Lu Rots’ examines how domestic and global food anxieties impact sustainable pangasius production in an analysis of the aftermath of the 2016 marine disaster in Vietnam. Secondly, we return to Japan for Christer Kold Lindholm’s analysis of economic inequality in Japan between the 1880s and the early 2000s reveals how policies designed to promote growth, which neglect redistribution, constitute a weak and disjointed approach to development in which growth may even lead to deeper socio-economic inequalities. The issue closes with Karin Hongsaton Zackari’s critical review of Tyrell Haberkorn’s In Plain Sight: Impunity and Human Rights in Thailand. 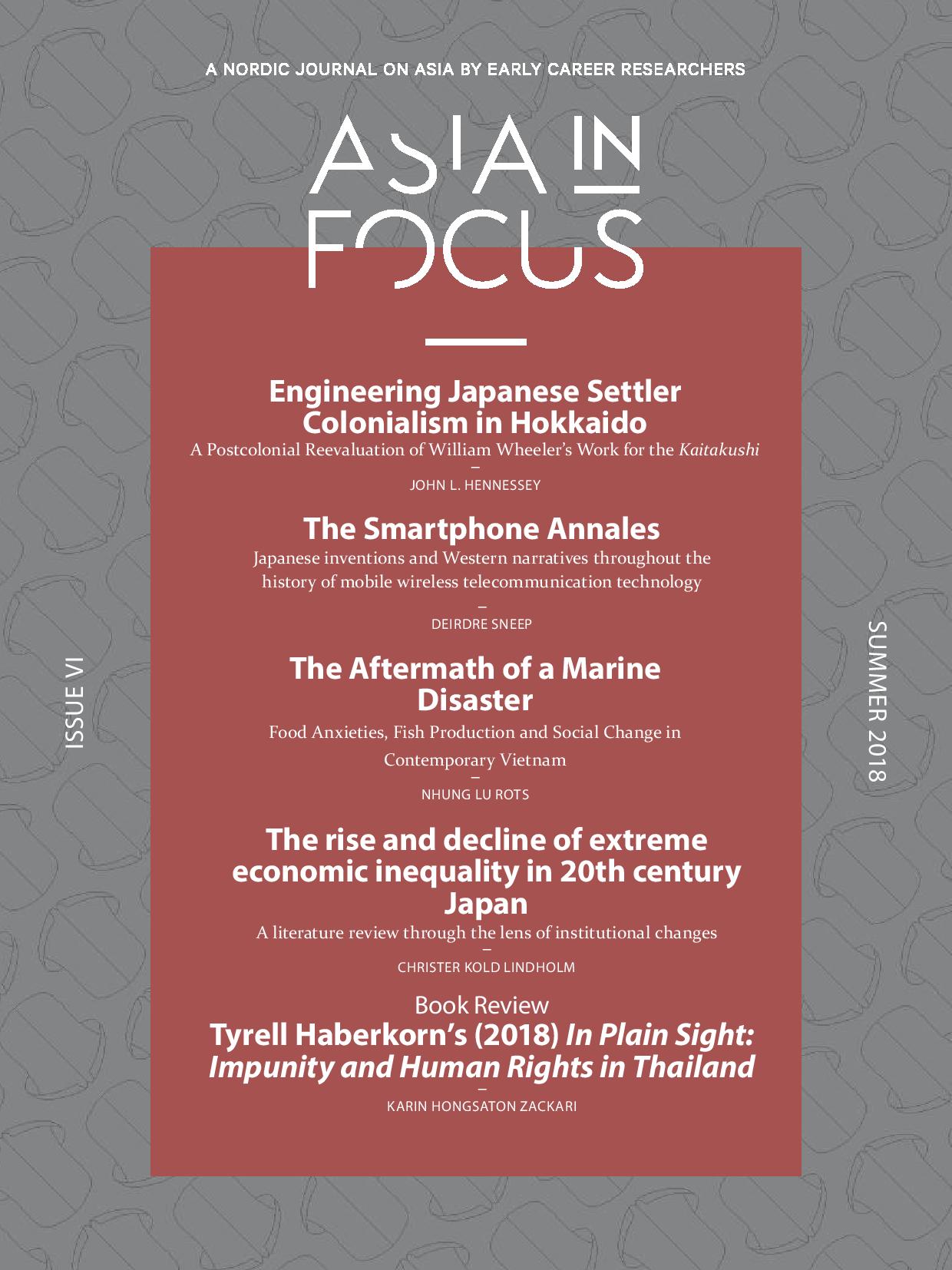