On 1 February 2009, Jørgen Delman took up a new position as professor in China Studies at the Department of Cross-Cultural and Regional Studies (ToRS) at the University of Copenhagen. Jørgen Delman joins the China Studies team at the Asian Studies Section.

Jørgen Delman has been working with China for more than 35 years, and he joins the China Studies group after more than 7 years as Director at NIAS Nordic Institute of Asian Studies, where he contributed to the development of the Nordic profile, activities, services, and networks of the institute while it was being incorporated at the University of Copenhagen. During the last couple of years, Jørgen Delman has been involved in the development and launch of the Asian Dynamics Initiative at the University of Copenhagen which has China as a key focus. Jørgen Delman's research has concentrated on development dynamics in modern China. His primary focus has been on the relationship between China's party-state and the organization of civil society, for many years the relationship between party-state and peasants/farmers and in recent years the interaction between the party-state and private business. He has worked with different sectors as cases, primarily agriculture and food and recently renewable energy. His work has been driven by a strong interest in innovation in China. Jørgen Delman has arranged a series of international conferences and he is an experienced public speaker on Chinese issues and often appears in the media.

Jørgen Delman has lived and worked in China for 10 years, first as a student from 1977-1978 at the end of the Cultural Revolution when China's reforms were about to start. Next, he became a programme officer at the Representation of the UN Food and Agriculture organization in Beijing from 1983-1988. In the 1990es, he spent six years as European Director of the China-EU Center for Agricultural Technology under the Chinese Ministry of Agriculture on secondment from the Danish consulting and engineering company, RAMBØLL. After his return to Denmark in 1996, he became head of RAMBØLL's Department for Private sector development in 1998. From 1996-2001, he worked on RAMBØLL projects around the world. In China, he was a member of the consultants' management team of the largest EU programme at the time, the EU-China Dairy Development Project, which stretched 12 Chinese provinces. In addition, he worked with programmes in support of business sector development in Africa, Russia, Poland, and Peru.

Throughout most of his career, Jørgen Delman has worked as project Director and/or team leader on a considerable number of international development projects as well as on research projects and policy studies. He also holds a number of positions of trust in the academic world. He took his PhD degree in Chinese at the Institute of East Asian Studies, Aarhus University, in 1991 and his Masters degree at the same place in 1979. He was employed at Aarhus University for 6 years between 1979 and 1991 and was one of the initiators of China Information Service, a humanistic service provider set up by the university.

Jørgen Delman is married to Susanne Benn, who works at Studieskolen in Copenhagen. The family has four children and two grandchildren.

Jørgen Delman will give his inaugural lecture on 3 April 2009. 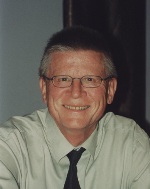