WASTE: Consumption and Buddhism in the age of garbage

Trine Brox is the PI of a new collaborative research project that will shed light on a rather overlooked consequence of Buddhist practice: waste.

The project aims to draw attention to the global waste crisis by investigating waste output attendant to Buddhism, a religion that is often portrayed as anti-materialist. The project investigates "Buddhist waste", that is, waste produced through Buddhist practices to which Buddhists ascribe affective qualities, moral connections, or religious significance. It explores Buddhist consumption practices, waste imaginaries, and waste trajectories asking: how do Buddhists define and sort waste from non-waste? What are the effects of increased consumption and waste production on the cultural practices, environment, social relations, rituals and customs in Buddhist contexts? The project argues that the perceptions and practices concerned with consumption and the varied afterlives of consumed items are crucial for understanding contemporary Buddhism. More broadly, the project aims to understand the importance and role of religion in the generation and interpretation of waste.

The project integrates a targeted set of micro-studies through the application of three research focuses: waste regimes, value(s), and affect, that will be developed in six ethnographic studies:

WASTE: Consumption and Buddhism in the age of garbage is the title of a new collaborative international research project led by Associate Professor Dr. Trine Brox. The project will be based at the Centre of Contemporary Buddhist Studies at the Department of Cross-Cultural and Regional Studies, University of Copenhagen. It is funded by Velux Fonden and will run over four years from September 2021 until September 2025.

The research project is funded by Velux Fonden - part of THE VELUX FOUNDATIONS. 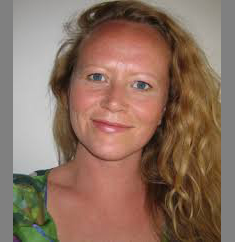 Trine Brox is Associate Professor of Modern Tibetan Studies at the Department of Cross-Cultural and Regional Studies. She directs the Center for Contemporary Buddhist Studies and is co-editor of the Copenhagen Journal of Asian Studies.