The 11th annual ADI conference continued the tradition of investigating Asian intra-regional and transregional connectivities. The multi-directional movement of people, ideas, things and technologies across space and time produces ever-changing configurations of human relationships, knowledge systems, and power relations. Through a focus on multiple connectivities and their impact on human perceptions, actions, knowledge paradigms and the material world, the conference expanded further understanding of the historical and contemporary significance of Asia in global contexts.

Welcome by Mikkel Vedby Rasmussen, Dean of The Faculty of Social Sciences

The conference took place at the South Campus of the University of Copenhagen, Njalsgade 120, 2300 Cph S.

Professor Dr. Dagmar Schäfer, Director and Scientific Member at the Max Planck Institute for the History of Science 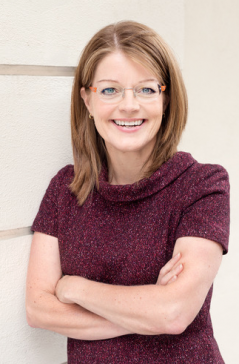 Dagmar Schäfer's main interest is the history and sociology of technology of China, focusing on the paradigms configuring the discourse on technological development, past and present. She has published widely on the Premodern history of China (Song-Ming) and technology, materiality, the processes and structures that lead to varying knowledge systems, and the changing role of artefacts - texts, objects, and spaces - in the creation, diffusion, and use of scientific and technological knowledge. Her current research focus is the historical dynamics of concept formation, situations, and experiences of action through which actors have explored, handled and explained their physical, social, and individual worlds.

Professor Schäfer's keynote address: Mobilities and histories of knowledge exchange in Eur(ope-)Asia-Africa. Or: Is China ‚Chinese'? 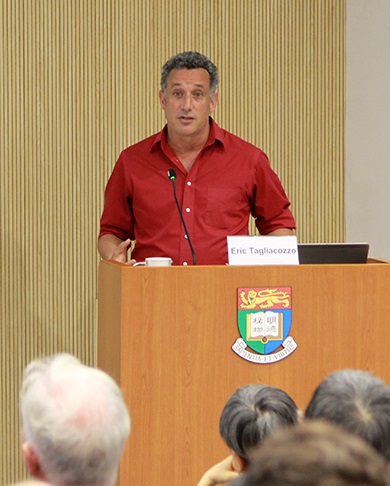 Much of Eric Tagliacozzo's work has centered on the history of people, ideas, and material in motion in and around Southeast Asia, especially in the late colonial age. His first book examined many of these ideas by analyzing the history of smuggling in the region (Yale, 2005), and his most recent monograph also did this through the lens of the Hajj, the annual pilgrimage to Mecca (Oxford, 2013). Several edited volumes also look at Southeast Asia’s connections with the Middle East; at the idea of Indonesia over a 2,000-year period; at Sino-Southeast Asian contact over the last millennium; and at the meeting of history and anthropology generally (and conceptually) as disciplines. Currently he is working on a book about the linked maritime histories of Asia, from Yemen east to Yokohoma.  He directs the Comparative Muslim Societies Program (CMS) at Cornell, as well as the Cornell Modern Indonesia Project (CMIP), and he is the editor of the journal INDONESIA. 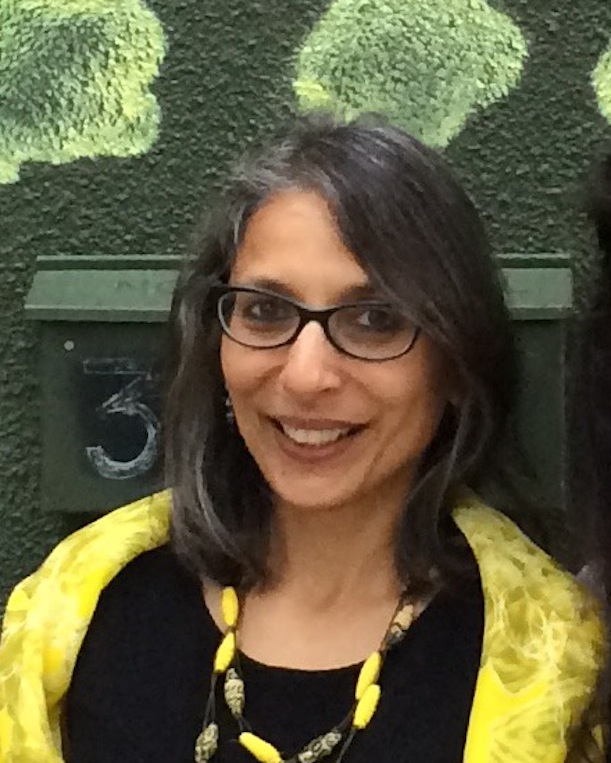 Kajri Jain's work focuses on images at the interface between religion, politics, and vernacular business cultures in India. She is the author of Gods in the Bazaar: The Economies of Indian Calendar Art (Duke University Press, 2007). Her current research on the emergence of gigantic iconic statues in India after the neoliberal economic reforms of the 1990s extends her interests in the efficacies of circulation, the aesthetics of modern religion, and vernacular capitalism to their interface with material infrastructures (highways, the automotive industry, dams), domestic tourism, landscape/“nature”, governmentality, and democracy (particularly the politics of caste).

Professor Jain's keynote address: Gods in the Time of Democracy

Professor Dr. Dagmar Schäfer, Director and Scientific Member at the Max Planck Institute for the History of
Mobilities and histories of knowledge exchange in Eur(ope-)Asia-Africa. Or: Is China ‚Chinese'?
Video podcast

East-Asian Welfare Regimes: Trying to pin down a moving target
Convener: Peter Abrahamson, Dept. of Sociology, University of Copenhagen and Chanung Park, Dept. of Sociology, Yonsei University, Seoul
Developments of welfare entitlements and provisions have spread across East Asia during the last decades challenging the earlier characterization of the region being dominated by a Confucian and productist or developmental approach to citizens’ social rights and obligations ...>>

Generational crossroads: sensing religious crisis in contemporary Asian communities
Conveners: Astrid Trolle, Dept. of Cross-Cultural and Regional Studies, University of Copenhagen; Paulina Kolata, University of Manchester
How do generational transformation and economic uncertainty affect religious practice? From depopulating regions of Japan to a diaspora of Filipino Catholics in Denmark, this session explores how uncertainty feeds into a sense of decline and anxious futures across religious communities in Asia and Asian diaspora ...>>

In-motion: discovering and analysing inter-Asian milieu
Conveners: Vera Skvirskaja, Dept. of Cross-Cultural and Regional Studies, University of Copenhagen; Marina Marouda and Magnus Marsden, Dept of Anthropology, School of Global Studies, University of Sussex
The panel considers inter-Asian connectivities, trading communities and networks as being in-motion, and seeks to examine and explore such forms of motion at different levels: a) what analytical models exist for defining and analysing such expansive and fluid research milieu ...>>

The Battle for Hearts and Minds in China and Central Asia: Narratives and PropagandaConveners: Rune Steenberg, Dept. of Cross-Cultural and Regional Studies, University of Copenhagen, Ondřej Klimeš, Oriental Institute of the Czech Academy of Sciences
Revolving around the developments in Xinjiang Uyghur Autonomous region since 2009, this panel invites contributions on state propaganda and other narrative or textual expressions of ideology in China and Central Asia. Xi Jinping has brought back a focus on ideology and doctrine that had been widely abandoned in the PRC since the Reform Era of the 1980s. ...>>

The Arctic and the International Power Transition from West to EastConveners: Lau Blaxekjær, NIAS – Nordic Institute of Asian Studies and Marc Lanteigne, University of Tromsø – Norway’s Arctic University
The Arctic has for centuries both reflected and been a part of the international political, economic and security system. However, this period was largely Western-centric, including cold war tensions. The last 30 years’ post-Cold War period has seen an increase in Arctic development and cooperation creating new spaces and opportunities for small states ...>>

Worlds Apart? Order-making in the Age of US-China Rivalry
Conveners: Peter Marcus Kristensen and Andreas Bøje Forsby, Dept. of Political Science, University of Copenhagen
After decades of largely cooperative bilateral relations, the US and China have become embroiled in a widening number of conflicts that increasingly look like a prelude to a comprehensive strategic Cold War-like rivalry. This burgeoning Sino-US rivalry comes amid widespread turmoil surrounding the future of the so-called US-led liberal international order ...>>

China´s strategic objectives of building up its armed forces and the policy implications for Asia
Conveners: You Ji, University of Macau and Bertel Heurlin, Dept. of Political Science, University of Copenhagen.
China is celebrating the 40th anniversary of its opening-up policy which gave rise to an unprecedented ever expanding economic development, followed by an equivalent strengthening of its armed forces. Although the military development strategically has been subordinated the economic rise it is now globally generally accepted that China has to be considered the world´s number two military power ...>>

The Foreign Contours of Tradition: Global Catalysts in the Construction of Interwar-period East Asian Conservatism
Conveners: Lisa Lindkvist Zhang, Cluster “Asia and Europe” and Dept. of Chinese Studies, Heidelberg University; Bruce Grover, Dept. of Japanese Studies, Heidelberg University
Karl Mannheim has astutely noted that ‘conservative’ political movements in the post-enlightenment era do not represent an aspiration to return to an actual past, but rather represent a consciously crafted counter-proposal to progressivism which seeks to integrate its perceived strengths requiring a concerted reformulation of tradition ...>>

Immobilities: Space, class and status in Asia
Conveners: Maansi Parpiani, Department of Cross-Cultural and Regional Studies, University of Copenhagen
We are surrounded today by images of migration and movement. This is marked not only by physical migration but also by the aspirations of material, class or status mobility. Particularly in Asia, migration for education, marriage and livelihood options has been widely studied. In addition to trans-national migration, intra-regional and rural – urban migration have been dominant strategies ...>>

Geopolitical perspectives on Chinese investment
Convener: Sarah Swider, Dept. of Sociology, University of Copenhagen
China’s rise and strength in the global political and economic world order is evidenced by the fact that it now represents the third largest source of foreign direct investment, just behind the United States and Japan. Chinese investment is global, but the nature of the investment, the issues that it raises and the politics that emerge varies based on geo-political imaginaries that cross the global North/South binary  ...>>

Moderated by Oscar Salemink, Dept. of Anthropology, University of Copenhagen

The 11th ADI conference at the University of Copenhagen on Asian Mobilities continues the tradition of investigating Asian intra-regional and transregional connectivities. The point of departure for the roundtable is the truism that the multi-directional movement of people, ideas, things and technologies across space and time produces ever-changing configurations of human relationships, knowledge systems, and power relations. While it is becoming ever clearer that such movements have characterized human history since its inception, much contemporary scholarship about globalization adopts a present-centric approach that emphasizes present-day movements, mobilities and circulations but willy-nilly de-emphasizes such processes in the past. Thus the historical results of such processes in the form of present-day political and cultural configurations – in particular nation-states – are mistaken as point of departure for our understanding of regions and states, as brought out in an oft taken-for-granted-ness of present-day nation-states as containers for area studies.

Without denying the importance of in-depth local linguistic, cultural and historical knowledge situated in area studies, this roundtable will ask how our understanding of the Asian regions and nations will change if we allow for a view of the present as a historically contingent outcome of historical process in terms of a broader context of multiple mobilities and connectivities. And following from that, we would like to broach the speculative question how past and present processes might yield historical outcomes in the future that change the shape of Asia – both its nation-states and its supra- and sub-regions.

The emergence of mega-cities across Asia is predicated upon entwined processes of rapid industrialization, historic demographic change, accumulation of wealth, and steep economic inequality in the 21st century. The economic, social, political, environmental, and cultural production of the Asian city is entangled with the countryside through modes of circulation of natural resources, labor, people, commodity production, and financial flows. The Asian city is not only a ‘concrete’ manifestation of Asia’s economic prosperity in the form of modern architectural wonders, neon-lit skyscrapers, new spaces of consumption and leisure. It is also a site of dispossession, disadvantage, environmental degradation, resource scarcity, and socio-political struggle. These manifold contradictions and anxieties are shaped along the axes of climate change and sustainability, citizenship and belonging, security and privacy, and pressures upon urban infrastructure and space.

The questions we are interested in concern the Asian city as a speculative site of exploration of urban futures in the 21st century. How might cities be redesigned and retrofitted to meet the basic human needs such as nourishment, transportation, housing, healthcare, and livability? What kind of tensions and politics are being shaped within these old and new contestations over scarce resources, public and private spaces, and the right to inhabit and exploit those spaces? How are cities made “smart”, and what kind of social technologies, cultural practices, and historical memory are required to maintain these urban utopias that function not only by market driven inclusion but also by excluding a vast majority of poor citizens? Put differently, how might the city of the future look like? We propose to examine these theoretically driven enquiries through rich empirical studies from Asia within the trans-disciplinary fields of urban studies, Asian studies, sociology, political science, anthropology, and development studies.

Participants in the workshop will receive 3 ECTS.

The conference will take place at the Faculty of Humanities, University of Copenhagen. The address is:

You can take bus no 12 or 33 (from e.g. the City Hall Square), or the Metro (M1 from e.g. Nørreport station og Kongens Nytorv station) to Islands Brygge Station. From there it's a 5 minutes' walk.

Bus no 5C will take you from the Central Station or City Hall Square to Amager Boulevard/Amagerfælledvej. From there it's a 5 minutes' walk.

From the City Hall Square it will take you 25-30 minutes to walk to the venue.

The conference has received support from