Buddhism, business and economic relations - in Asia and beyond

International Conference at the University of Copenhagen, 12-14 October 2016 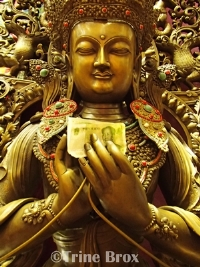 Buddhism, as with all other religions, has always necessarily been deeply embedded within not only economic, but political and social spheres in the various contexts in which Buddhism has taken root. In order for a Buddhist monk to be able to become disengaged with the material world, he must have an economic basis from which he gains sustenance. At the same time, Buddhist monasteries in Asia have historically been large economic centres owning great plots of land and occupying a central position along regional trade routes. Yet the economic entanglements that Buddhists have historically had often becomes overshadowed by text-based studies which focus on the soteriological aim of going beyond and becoming released from this-worldly engagements. Furthermore, the complex relationship between religion and economics often raises ambiguous and contentious sentiments. Take, for example, the wealth displayed at Buddhist monasteries and the luxury items used by Buddhist masters. While these signifiers of wealth arise awe in many and disgust in some, common perceptions of Buddhism as an anti-materialistic and austere religion reveals the ambiguous relationship that Buddhism and business have had – both in historical and contemporary practices.

At this interdisciplinary, three-day conference, we inquired into this complex relationship and ideological juxtapositions that lie within the nexus of Buddhism and economic activity in various historical and contemporary contexts in Asia and beyond. We addressed the many ways in which Buddhism – as not only a religion, but also an identification, a tradition or culture, a source of values, morals and ethics, a world-view or way of life, and as a philosophy, science, even secularism – have been engaged in economic relations in both clerical and lay communities.

The conference took place on 12-14 October 2016 at the University of Copenhagen, Denmark.

The conference was hosted by the Center for Contemporary Buddhist Studies at the Department of Cross-Cultural and Regional Studies and the international collaborative research project Buddhism, Business and Believers (BBB) in collaboration with Asian Dynamics Initiative, a cross-faculty Asia focus at the University of Copenhagen.

The Danish Council for Independent Research has funded the conference.

Please visit our website (Center for Contemporary Buddhist Studies) and add us on Twitter for information and updates: @bbb_studies. 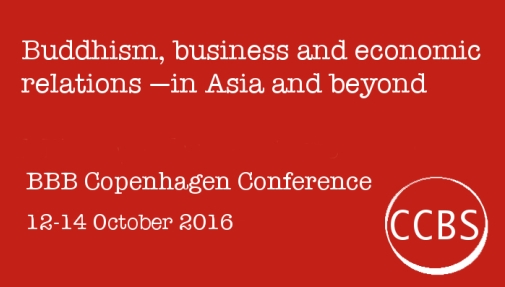 The conference is hosted by the Center for Contemporary Buddhist Studies at the Department of Cross-Cultural and Regional Studies and the international collaborative research project Buddhism, Business and Believers (BBB) in collaboration with Asian Dynamics Initiative.

The Danish Council for Independent Research has funded the conference.