An integrated programme of research funded by an ERC Advanced Grant 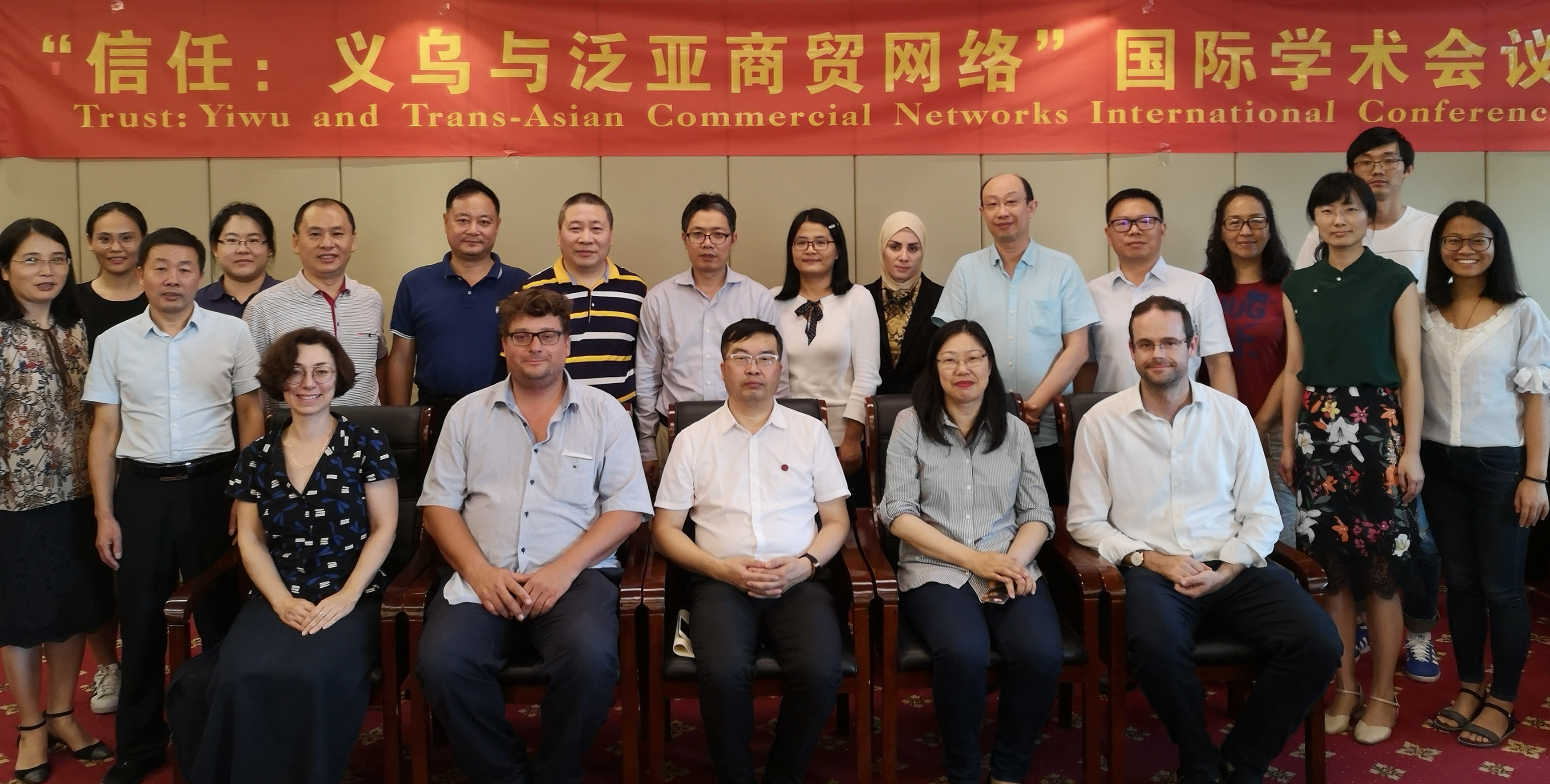 Yiwu, a city of 2 million in China’s commercially vibrant Zhejiang province, is known by traders from countries including Afghanistan and Syria, Ukraine and Mexico, and the UK and Russia as the world’s hub for the wholesale of ‘small commodities’. Journalists have recently been struck both by Yiwu’s significance to consumption practices across the world and by the diverse mix of merchants that assemble in the city.

‘Trust, Global Traders, and Commodities’, is an integrated programme of research that will provide new empirical data and comparative analysis on the global trade in low-grade Chinese-made commodities. The project’s focus is on the ways in which transnational trading activities are conducted in the cosmopolitan and dynamic city of Yiwu. Its in-depth investigation of Yiwu, and its connections to the wider world through networks and flows of people, commodities, and knowledge, will yield ground-breaking perspectives on the precise ways in which trade, while facilitating the exchange of commodities, does or does not simultaneously promote the transfer of practices, ideas, and identities.

Yiwu is home to the International Trade City or Yiwu Market, founded in 1982 and currently under the administration of the Zhejiang China Commodities City Group Co., Ltd. Yiwu Market is a complex of two markets: Futian Market and Huangyuan Garment Market (the latter opened in 2011). Futian market is divided into five ‘districts’ that hold a total of 70,000 shops selling 1,700,000 different types of Chinese-made ‘small commodities’ for the wholesale market. Huangyuan Market hosts another 5,700 shops selling jeans, sportswear, and other types of garments: these goods are exported to more than 200 countries across the world, and approximately 1,500 containers leave the city each day. The majority of the shops in the International Trade City either purchase the goods from factories located elsewhere in China and store them in Yiwu warehouses or are outlets for factories. Trade does not only take place exclusively within the boundaries of the International Market: there are several other commercial areas in Yiwu with shops that specialise in the trade of particular commodity types (from supermarket trolleys to Christmas trees and decorations, and reproductions of well-known works of art).

Yiwu is considered a trade hub by merchants and shopkeepers involved in the sale of low-grade commodities from across the world: the Zhejiang China Commodities City Group estimates that 14,000 foreign traders from 100 countries reside and conduct business in Yiwu. Traders also visit the city to purchase commodities, and to arrange their shipment to the countries in which they work. When Yiwu markets close for the day at 16:30, traders disperse to the hundreds of hotels and restaurants in the city: there are several Syrian, Turkish, Uzbek, Afghan, Thai, Russian, and ‘Muslim’ restaurants (often Chinese Hui or Uyghur) operating in the city, which provide spaces for the international visitors to socialise, conduct business, and share information. Trade is not simply a matter of buying and selling: it is also a form of sociality predicated on the mutual recognition of value and people. What are the practices, systems, and hierarchies that establish the common recognition of value (moral and reputational as well as economic) and thus make exchange possible?

Visit the project website at the University of Sussex for more information about the members and their research.

Welcome to TRODITIES’ blog. (TRODITIES is an acronym of the project). The idea behind this blog is somewhat experimental. It is a resource with a dual function. On the one hand, it can be read as an ordinary ‘activities’ rubric, it outlines project news and events. In the long run this activities’ rubric will transform into a project archive that, among other things, would allow us to fill in the annual project’s activities reports with least time expenditure. On the other hand, it also attempts to achieve something else: We envision it as an information resource that would allow the public – both our students, students and scholars in our research destinations, and general public – to have insights into the ‘social life’ of a collective research project. In other words, insights into what it means in practice to carry out an international project of this scale, with participants dispersed between different countries, institutions and university departments, what kind of issues we discuss, where and how we do it, what kinds of field research we do, what kind of papers we give, what kind of practical and other problems we face, and so on – and how all these various activities, both carefully planned and spontaneous, eventually result in something called ‘project objectives’ and ‘project outputs’. To this end, the language of the blog is intentionally as jargon free as possible and entries as heterogeneous as possible.  The direct feedback/comment function of the blog is disabled here for administrative reasons, but the reader will know how to contact us.

From the exhibition: “Yiwu and Global Traders: Goods, Routes and Markets”, October 2017, University of Cambridge

Yiwu in the UK

This project is funded by an
ERC Advanced Grant.