Buddhism and Waste: The Excess, Discard, and Afterlife of Buddhist Consumption 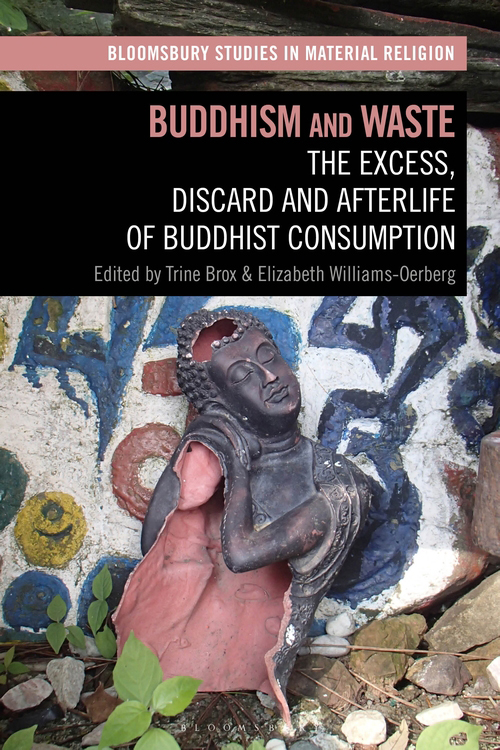 In what ways do Buddhists recognize, define, and sort waste from non-waste? What happens to Buddhist-related waste? How do new practices of Buddhist consumption result in new forms of waste and consequently new ways of dealing with waste?

This book explores these questions in a close examination of a religion that is often portrayed as anti-materialist and non-economic. It provides insight into the complexity of Buddhist consumption, conceptions of waste, and waste care. Examples include scripture that has been torn and cannot be read, or an amulet that has disintegrated, as well as garbage left behind on a pilgrimage, or the offerings of food and prayer scarves that create ecological contamination.

Chapters cover mass-production and over-consumption, the wastefulness of consumerism, the by-products of Buddhist practices like rituals and festivals, and the impact of increased Buddhist consumption on religious practices and social relations. The book also looks at waste in terms of what is discarded, exploring issues of when and why particular objects and practices are sorted and handled as sacred and disposable. Contributors address how sacred materiality is destined to wear and decay, as well as ideas about redistribution, regeneration or recycling, and the idea of waste as afterlife.