Infrastructures of Certainty and Doubt 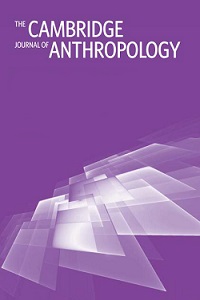 This special section explores the various ways in which states of certainty and doubt are generated and sustained, focusing on what we call the ‘infrastructures’ that undergird, enable or develop alongside them. The articles in this collection build on the growing literature on these topics, notably the very extensive recent work on doubt, uncertainty and opacity, and they extend it further by directing attention not to the consequences of these states or people’s responses to them, but instead to the various semiotic, material and social forms that make possible the assertion or recognition of certainty or doubt. We use the idea of ‘infrastructure’ as a heuristic device to explore these processes.

The present collection of articles is the result of a workshop entitled ‘Infrastructures of Certainty and Doubt’ held at the Department of Anthropology, University of Copenhagen, 20–21 January 2016, which also included presentations by Lotte Buch Segal, Matei Candea, Nicholas Evans, Astrid Grue, Heiko Henkel, Paulo Heywood and Ida Sofie Matzen. In addition to being one among several outputs resulting from Matei Candea’s Velux Foundation Visiting Professorship at the Department in 2014, the workshop was also a manifestation of continuous discussions and activities in the two departmental research groups Technology and Political Economy (co-ordinated by Morten Axel Pedersen) and Religion and Subjectivity (co-ordinated by Matthew Carey), as well as the Ph.D. seminar ‘Behaviour & Faith: Studying Christians and Scientists Across Each Other’, convened by Matei Candea and Morten Axel Pedersen during the autumn of 2014.