Professor Ayo Wahlberg, Department of Anthropology, was invited to the 30th anniversary for Chinese test-tube babies in Changsha, where he handed over his book about the Chinese fertility industry. 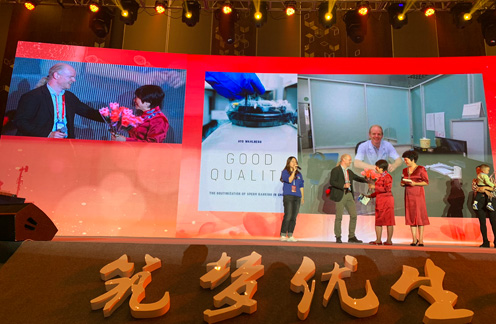 In June 1988, China’s first baby was born following in vitro fertilization (IVF) treatment in Beijing. Three months later, in October 1988, two more IVF babies were born in Changsha, the capital of Hunan province. On the 29th of October 2018, celebrations were held to mark Changsha’s first IVF babies at the CITIC-Xiangya Reproductive and Genetic Hospital. It was Professor Lu Guangxiu, a medical geneticist and physician, who led the development of assisted reproductive technologies under crude laboratory conditions during the 1980s in Changsha. Today, 30 years later, her fertility clinic is the world’s largest having carried out over 43,000 IVF cycles in 2017.

Professor MSO Ayo Wahlberg from the Department of Anthropology, University of Copenhagen was an invited guest at the celebrations where he officially handed over a copy of his recent book Good Quality – the Routinization of Sperm Banking in China to Lu Guangxiu. In the book, Ayo Wahlberg ethnographically chronicles the difficult development and spread of assisted reproductive technologies at a time where China was working systematically to prevent birth through its infamous one-child policy. Ironically, China now needs babies urgently as 700,000 less babies were born in 2017 compared to 2016 despite the introduction of a ‘two-child policy’ in late 2015. 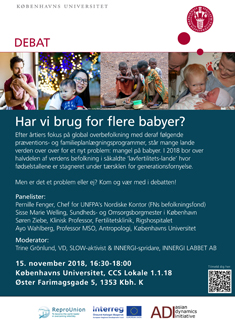