The Asian Dynamics Initiative (ADI) of the University of Copenhagen invites applications for a summer school on ‘History, Identity and Religion in Contemporary Central Eurasia' to be held in Copenhagen, Denmark, 4-15 July 2011

Organized within the framework of the cross-faculty Asian Dynamics Initiative at the University of Copenhagen, this summer school is designed as an interdisciplinary event to provide students unfamiliar with the region with introductory courses into the societies, polities and cultures of contemporary Central Eurasia. It will also offer students who already have some knowledge of the region a deeper insight into ongoing academic research and discussions of the post-Soviet independent states, Afghanistan, Mongolia and Xinjiang. All participants will learn to situate their studies in the context of international scholarship and receive assistance in identifying new directions for further, independent work.

Both the definition and the naming of the vast, landlocked area that stretches from the Caspian Sea to Xinjiang and Mongolia in the East, and from the southern parts of Siberia to Iran and Afghanistan in the south, remain problematic, imprecise and arbitrary; but in spite of the inherent ambiguities, enough shared features can be identified which lend this space a certain sense of unity. In opting for the designation ‘Central Eurasia' we join a growing trend that seeks to transcend the artificial distinction between Europe and Asia - a divide still implicit in terminology such as Central Asia or Inner Asia. The term Central Eurasia does justice to the continuous and complex interactions taking place along its famous trade routes, retrospectively named the Silk Routes by the German geographer Ferdinand von Richthofen, which allowed for a lively, two-directional exchange of goods, technologies and ideas between the great agrarian empires of East and West Eurasia. In the late nineteenth century, the region was the stage for political rivalry and conflict between the great colonial powers Russia and Great Britain that became known as the ‘Great Game`. Following incorporation into the Russian Empire and its successor the Soviet Union, much of Central Eurasia became inaccessible to foreign researchers for over 70 years. The fall of the Berlin Wall, the collapse of the Soviet Union and the emergence of the new independent ‘-stan' states at the end of the twentieth century opened up new possibilities both for the ethnographic study of contemporary Central Eurasia and for archival research into its history.

The intensification of knowledge production about the region is not just a matter of making good a scholarly deficit. It is of great urgency on account of Central Eurasia's geostrategic, economic and political significance. A source of enormous commercial and energy potential, most of the region has long belonged to the Islamic world. Safeguarding internal stability is therefore of paramount interest to numerous global actors, including not only China, Russia and the US but also India and several Middle Eastern states, all of which seek to exert their influence there. Yet the civil war in Tajikistan, the chronic fragility of Afghanistan and outbreaks of horrific violence in Uzbekistan, Xinjiang and Kyrgyzstan in recent years have all served to highlight the region's volatility. Meanwhile authoritarian regimes give human rights activists cause for concern, e.g. when they invoke the threat of Islamic terrorism to legitimate their repression. As the peoples of Central Eurasia grapple with formidable new challenges of state building in the modernized, global world, their weak economies render them vulnerable players in the great and small games informed by post-colonialism, post-socialism and the international war on terror.

Students will be initiated into ongoing scholarly debates on current issues in various disciplines of the humanities and the social sciences, while at the same time acquiring specialized regional knowledge with a strong historical dimension. Courses will emphasize micro-macro links, showing how local moments can simultaneously be grasped as transnational phenomena embedded in the broader Eurasian and global context. MA and BA students will be given an opportunity to present and discuss their dissertation topics. Priority will be given to the following topics:

1. processes of identity building, ethnicity and citizenship
2. state formation and state building, borders, regionalism and territoriality
3. the entanglement of the religious, the cultural and the political

The combination of regional expertise with disciplinary perspectives reflects the profile of both the Department of Cross-Cultural and Regional Studies and the Asian Dynamics Initiative and it is consistent with the goals of other leading academic institutions worldwide. The summer school is conceived as a first step towards re-establishing and strengthening Central Asian Studies at the University of Copenhagen.

The Summer School is open to all applicants registered as students at BA (second or third year), MA or PhD level who attend courses in area studies, or in any discipline within the social sciences or the humanities, who feel that they would benefit from familiarizing themselves with ongoing scholarly research on Central Eurasia.

There is no tuition fee. Participants are expected to cover their own travel expenses, accommodation in Copenhagen and maintenance. (Many universities have special funds available for such purposes and prospective applicants are encouraged to contact their International Office).
The Asian Dynamics Initiative has a limited number of grants available (up to 10,000 DKK per person) to contribute to the travel and maintenance expenses of well-qualified students who are unable to obtain funding from elsewhere.

The working language of the Summer School is English.

Applicants should send:
- a statement explaining their motivation (no more than half a page)
- a CV
- details of academic affiliation
- transcripts of grades of university career so far
- two letters of recommendation from the supervisors/academic advisors (if students are applying for financial support from the Asian Dynamics Initiative, their financial needs should also be honestly assessed in this letter, which will be treated confidentially). Referees are also asked to comment on the English skills of the student (if not a native speaker). 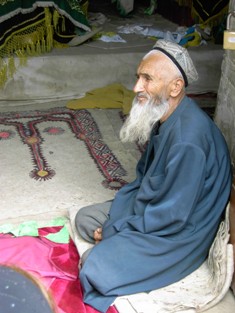