Asia and Africa in Transition 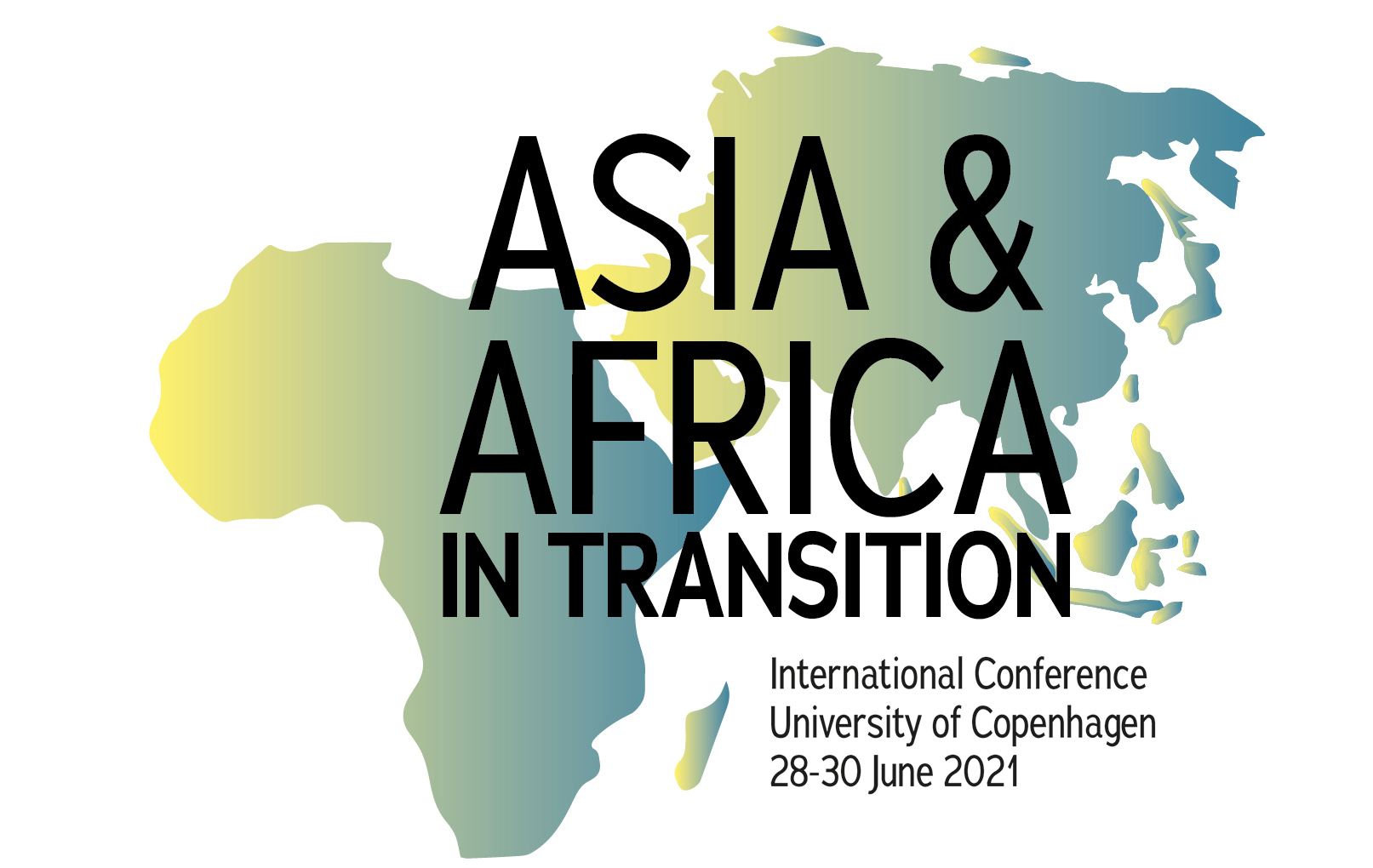 In 2021, the annual ADI conference and the annual NNC conference will join forces with a number of globally oriented networks and centres at the University of Copenhagen.

Given the uncertainty ahead, we are planning for a hybrid conference with online and face to face options.

Linkages between Asia and Africa have a transformative impact across the globe in areas ranging from economic development, health care, climate to politics and entertainment. This conference places Asia-Africa engagement as a focal point but also explores the diverse transitions that are occurring within each continent.

Asia and Africa, with a population of 4.6 billion and 1.3 billion respectively, represent about 80 percent of the world’s population.  Not only have both continents experienced population booms in the last few decades, but they also have access to a wealth of natural resources and represent immense ecological and biological variety, opening up future potentialities. Africa and Asia in transition are creating new imaginaries and leveraging new possibilities, and the linkages between the two are leading to change that ripples across the globe.

Several countries in Sub-Saharan Africa and Asia have experienced spectacular economic growth over the past few decades. They generate new global markets and opportunities, reshape trade and flows, and create innovative models of investment. At the same time, each continent has experienced shifts in poverty levels, massive wealth accumulation and increasing inequality, all of which raises questions about sustainable and equitable growth and redistribution.

In the last fifty years, these regions have also been sites of political revolutions and transitions. After decolonization, countries of the African continent have experienced democracy in some cases, dictatorship and repressive governments in others. Political revolution in Asia brought the rise of the Communist Party in some places like China and Vietnam, while regimes collapsed in other countries such as Indonesia, the Philippines and Korea. These shifts have been accompanied by changing political configurations, and escalating tensions at borders and in disputed territories, making the two continents central to global diplomacy, security and governance.

Political changes, along with economic growth, climate change, demand for resources and food security, changes in disease burden and health care needs, as well as demographic shifts, including an aging population and migration going across the two continents are all driving transitions. They are remaking trade routes, building new infrastructure, creating new public-private models of investment, new types of bilateral, regional and global governance, and setting new standards. Some parts of Asia and Africa are in the forefront of technological change, as they leapfrog previous leaders and drive forward solutions to global challenges. The synergy gained from linkages between the two continents has decentered our existing political, social and economic order.

The interconnects across Asia and Africa generate clashes of identities, beliefs and ideologies far beyond their own regions, reclaiming and re-contextualizing the past, remaking the present, and reimaging the future. The histories of nation-states in the post-colonial era, overlaid by transnational shifts in technology, economics and the physical landscape, have seen profound changes and contestation in literature, art, and subjectivity. This is reflected in complex developments in modes of expression and performance that have taken place in the novel, poetry, cinema, music, aesthetics, ethics, and other forms of daily life.

Panels at the conference

The conference will focus on the multiple forms of linkages and engagements occurring between Asia and Africa in an increasingly multi-polar world. Besides keynote speeches, it will feature a range of panels and roundtables across disciplines, temporalities and themes in the study of Asian and African dynamics.

Overview of all panels can be found here.
All panels are open to the public.

We invite abstracts for paper presentations addressing one of the panels listed here.
Your submission should include:

We also invite full panel proposals on Asia – Africa related themes. Your submission should include:

Proposals should be submitted via email to asia-africa-2020@ku.dk

In the event that we receive more proposals than we can accommodate, the organisers and conveners will decide among the submitted proposals.

Registration will open at a later stage.

Information regarding registration, venue etc will follow in due course.