In the West, especially in Western and Northern Europe, labour and workers are usually seen in connection with unions and formal institutionalisation. There are laws and agreements to protect most wage-based labourers and to ensure fair pay for fair work in a formalised economic system. This is therefore sometimes thought to be the standard labour organisation in general. Though a question arises: What about the other 90 per cent of the world’s labour force that engages in informal work? In this 13th edition of ADI Academic Profiles, we sat down with Associate Professor Sarah Christine Swider, Department of Sociology, to talk about her research on labour, labour migration, formal and informal labour, gender, and China. With a background in Industrial Labour Relations and a PhD in Sociology from University of Wisconsin, Madison, Sarah Swider has recently been granted an ADI funded position as Associate Professor at the Department of Sociology.

Most workers in the world, around 90 per cent, are informal. Many of these are migrant workers, who travel from their home region to work, usually in the bigger cities. These workers in China and India, to name a few countries, work under conditions of poor wages, limited safety awareness on the jobsites, low job security, no guarantee of wage payment, and very limited, if any, welfare benefits. They have no unions behind them, no laws securing minimum wage or maximum workhours. This is what is called informal precarious work.

“Precarious and informal work are two very contested and controversial terms and concepts. Is the nature of work changing? Is the standard employment relationship disappearing? If so, what replaces it? How do we theorise it? Or has work ever been formal, as 90 per cent of the world’s workers are informal? If it has never been this way, why are we then using this very narrow definition of work? With mass migration all over the world, these are questions we have to ask ourselves.”

In Western media this phenomenon was especially reported during the preparations for the 2008 Summer Olympics in Beijing, where millions of Chinese workers travelled from the rural areas to the coastal cities to work on enormous construction projects with limited safety awareness, poor wages and no guarantee to be paid, all in all precarious work. During this time Sarah Swider was working on a research project on informal work in the Chinese construction sector.

“A big question that emerges is around worker protests and the state. These workers are not in the state sanctioned unions so they organize and protest on their own, which technically is not allowed. However, the Chinese state has shown quite a tolerance for protests, so the protests are not challenging the system but are a part of the system, they get incorporated into the system. I am in the process trying to understand which kinds of protests are parts of the system and which kinds of protests challenge the system.”

Through a long-term research project in Beijing, Guangzhou and Shanghai stretching from 2004 to 2012, Sarah Swider mapped informal precarious construction workers in China, those who are outside the protection of labour laws.  Her research showed how a change in the Chinese class structure is emerging. This innovative research was channelled into a book, Building China – Informal Work and the New Precariat,[1] that won the Faculty Book Award from the American Sociological Association, Section of Development 2016, and an article, “Migrants in Precarious Work in China’s Construction Industry”,[2] that won the 2016 SAGE Prize for Innovation and Excellence. 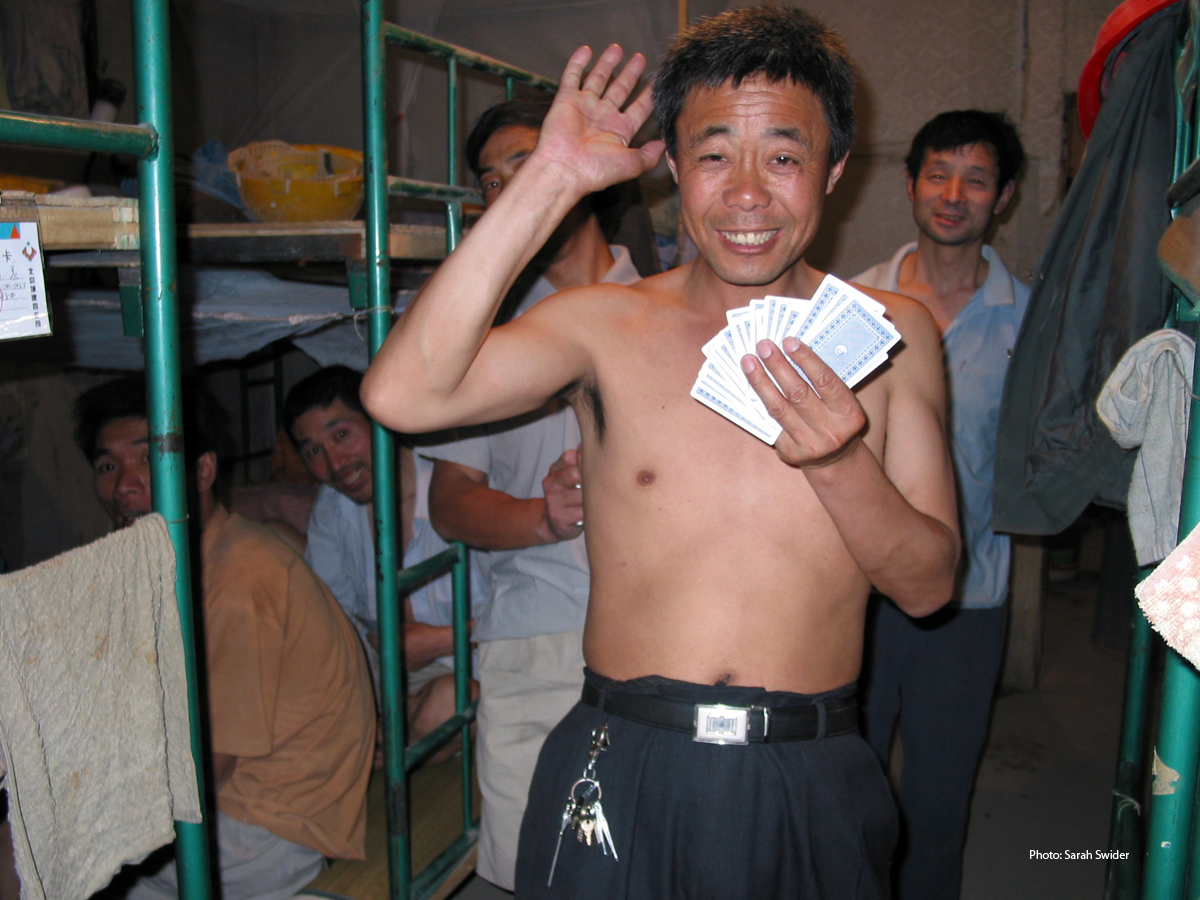 While Sarah Swider has a general interest in the global processes and mechanisms underlying informal and precarious work, she considers herself an Asia-scholar and her main focus is on China and Chinese workers. Especially construction workers have been the focus of her research in more than a decade. What are the mechanics of the Chinese informal workers’ organisations?

“Although part of my research focuses on the structure that allows and enforces the exploitation of informal and precarious labour and workers, a large part of my research also focuses on the flipside of this system; how do these informal workers organise themselves? How do they make sure they are not exploited, or at least reduce the exploitation? I’m currently working on a transnational project which looks at organising informal workers, in which I am ‘the China person’. Here I look at organising amongst migrant construction workers in China working under precarious and informal terms. This may also branch out to domestic work in the future as well, which I have already worked on in Hong Kong.”

A newer development in the study of labour and workers in China is the role of gender in the organising of the informal workforce and a feminisation of the industry. Sarah Swider is currently working on another research project that shows that the role of women in China has changed in recent years, as they have become a more active part of both the workforce and society.

“In India a larger proportion of the construction workers are women compared to China. These construction workers are also migrant workers, as in China, though they move together as a family and work on a jobsite together as a family. In China, this has not been the case until recently. In China, the migrant construction workers have almost exclusively been men migrating from the rural areas to the cities, without their family, to work on construction projects. This has, amongst other things, been due to the regionalised healthcare and welfare system and internal passport system in China. The increase in women on the jobsites is changing the way the work is arranged and changes the grievances from workers. Earlier the vast majority of complaints were about wages et cetera, though now it more and more revolves around topics such as housing, as they don’t want to live on the jobsite.  In the long-run, it may have a big impact on the shape of the industry in terms of stability in the workforce.” 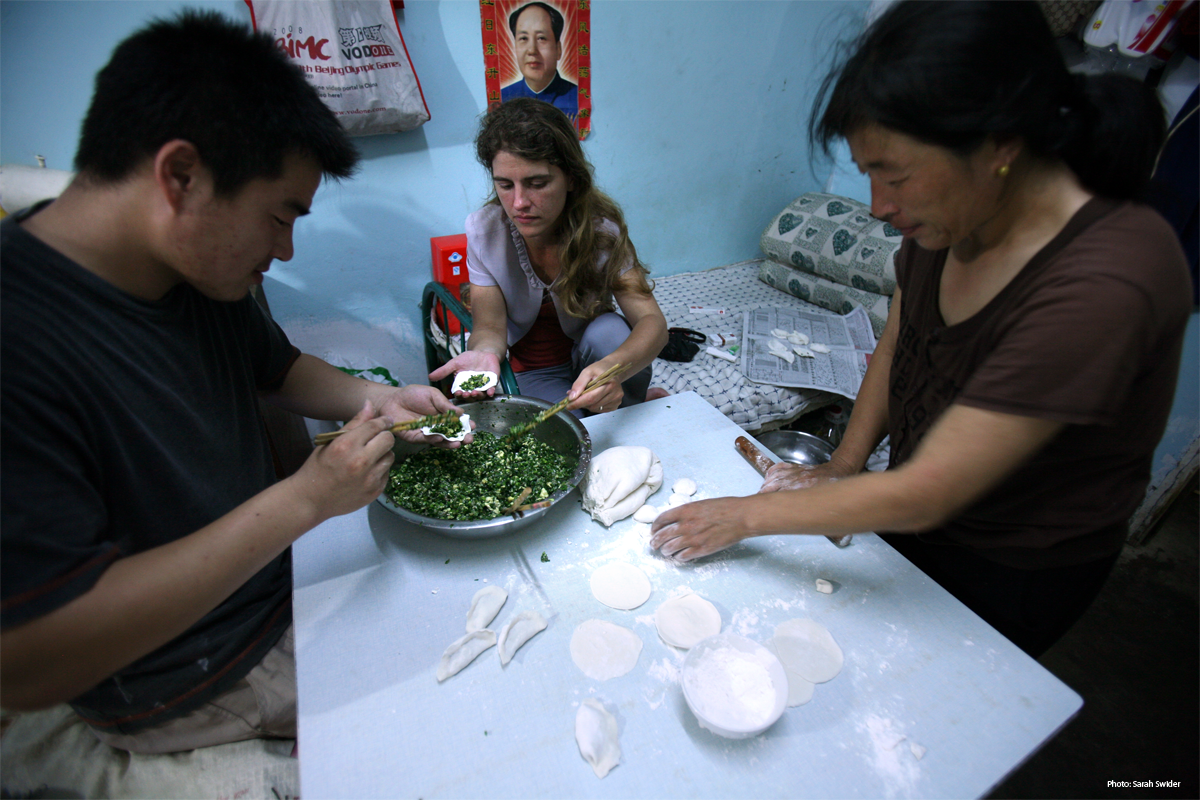 Her work also looks at the gendered nature of the discourse between informal workers and their employers.

“The other aspect of the role of gender and family in the construction industry in China is how workers make gendered demands. The biggest complaint amongst Chinese construction workers is that they don’t get paid. The cycle was that when they don’t get paid they protest, and when they protest the employer hires thugs to beat up the workers. They might be lucky and get a little money to be silenced. During my research, I noticed a few instances where the workers had actually been successful in getting money without getting beaten up. In those cases the way that they framed the complaints was quite different. Instead of an individualistic, capitalistic framework of ‘I’m a worker and deserve to be paid’, they emphasised ‘I’m a father who can’t pay for my kid’s school’, ‘I’m a son and I can’t pay my father’s medicine’, ‘I can’t fulfil my duties as a father and a son’. In one case they literally brought their wives and children with them to protest at the jobsite. These gendered claims and complaints were much more powerful and bringing the wives and children prevented them from being beaten up and actually got them the money they were owed. This captures the relationship between the role of gender and work and how the workers’ gendered protests function within the patriarchal framework.”

What lies ahead? Any future projects in mind that you wish to work on?

“I pulled together a group of mainly Chinese scholars who have done research on precarious workers in the service industry. Most of these Chinese scholars only write in Chinese, so I would like to pull their work together for a special journal issue translated into English. These scholars are doing cutting-edge work on the service industry and precarious work. Very little research has been done on the service sector compared to construction and manufacturing in China. The service industry is not only exploding in size, it is extremely important for the Chinese government in their project of transforming the Chinese economy from a manufactory and export-based economy to a more consumer-based economy with an internal dynamic for growth. To make that shift they have to expand the service-sector, this pivot is part of their shift to what they call ‘the new normal’. It is very important to the Chinese government. Research on precarious work in the service industry in China is important if we want to understand how this shift in the economy will affect workers. This group of scholars already has established networks, we are ready to work on this project; the next step is getting it funded.”