How is health and folk religion connected in rural China? How do the Chinese interact with locals in business ventures abroad? And why is distrust the default view on food producers in China? In this 14th edition of ADI Academic Profiles, we sat down with Associate Professor Mikkel Bunkenborg, Department of Cross-Cultural and Regional Studies, to talk about his research on China, health, folk religion, and trust. With a background in both China Studies and Anthropology, and a PhD in the latter, Mikkel Bunkenborg has done extensive fieldwork in China and China-influenced areas around the world.

Mikkel Bunkenborg started his research career at the University of Copenhagen where he studied for his PhD in anthropology in 2005-2009. From an initial interest in medical anthropology, Mikkel Bunkenborg sought to explore health practices through long-term participant observation in the rural setting of Fanzhuang Township in Hebei, China. It soon became evident that health was not just an issue in health clinics and households:

“As my work progressed I became interested in the folk religious aspects of health and the role of spirit mediums when people fell ill. This was in part due to an annual temple festival in the area which I became involved in during my field work. The project thus came to address not just the formal medical institutions and health concerns within the family but also the ideas of possession and alternate notions of the nature of body and soul  which the spirit mediums presented. This was a result of the long-term participatory observation which ultimately gave a broader perspective on the research topic.” 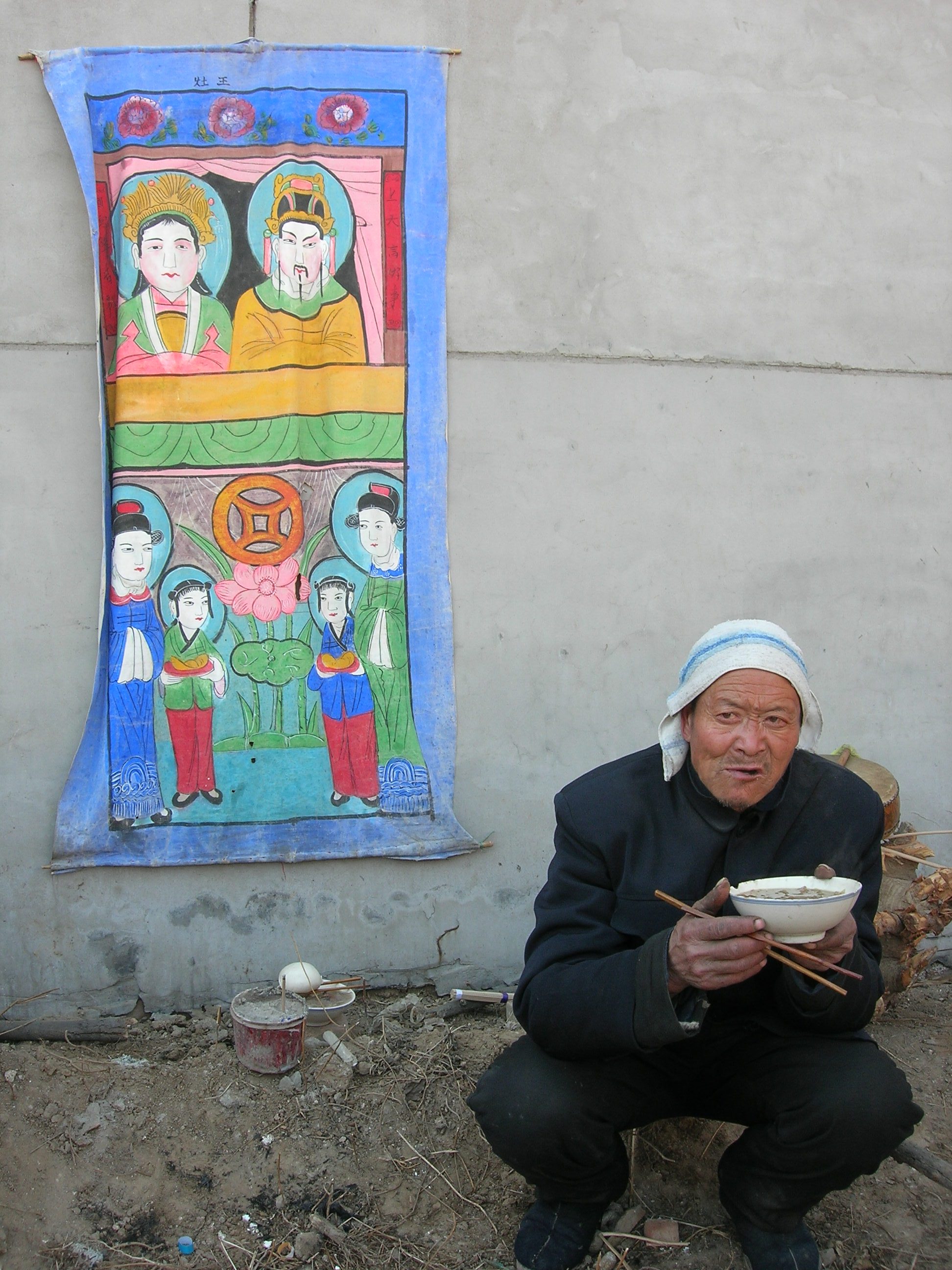 Visitor to a temple fair enjoying a free lunch next to the Kitchen God. China. March 2006.

On the basis of this initial research on health practices in rural China as an interdependent mixture of medical and spiritual remedies and treatment, Mikkel Bunkenborg has published on topics as diverse as folk religion, gender and ritual revival, incense, and the perception of corporeal quality in China. After his PhD, Mikkel Bunkenborg teamed up with two anthropologists, Morten Axel Pedersen and Morten Nielsen,  to work on Chinese foreign business ventures and investments in Mozambique and Mongolia.

“‘China in Africa’ was a hot research topic in 2007 when we initially started talking about the project. We found the limited scope of China in Africa too narrow, as China was evidently involved in business ventures all over the world. Our initial postulate was that we could say something about China as a future global empire through a comparative analysis of how China acted in an African country and an Asian country, Mozambique and Mongolia respectively.”

“We worked in pairs on a number of field sites where I spoke with the Chinese and my colleagues spoke to the locals, but it turned out that as researchers, we increasingly disagreed on what was in fact happening, and this reflected the differing perceptions of the Chinese and the locals. This is not to say that the Chinese had nothing to do with the locals, quite the contrary. It was more a question of a process of increasing attention to differences. Initially the locals and the Chinese had a lot of interaction with each other, but due to misunderstandings and portrayals of ‘the others’ the two groups seemed to be gradually pulled apart, and new infrastructural systems were established so that they could operate together with minimal interaction.”

“In one case in Mongolia, where an oilfield was to be established, it started out with unregulated interaction where the Chinese workers contacted the Mongolian herders to buy meat and water et cetera. The Mongolians could not understand what the Chinese wanted, so the Chinese workers made horns with their fingers on their heads to indicate they wanted to buy sheep, which frightened the local women and children. This in turn ended up causing a lot of chaos. As things progressed, relations were more formalised and certain deals were struck so the Chinese would stay in their camps, and not leave their trucks when on route and not leave the designated roads. As for the Mongolians, they could no longer just sell meat directly to the Chinese workers but had to go through a cooperative that facilitated trade with the Chinese firm. The initial broad spectrum of complex relations, which was full of possibilities, was thereby shut down and formalised to keep the two groups apart. 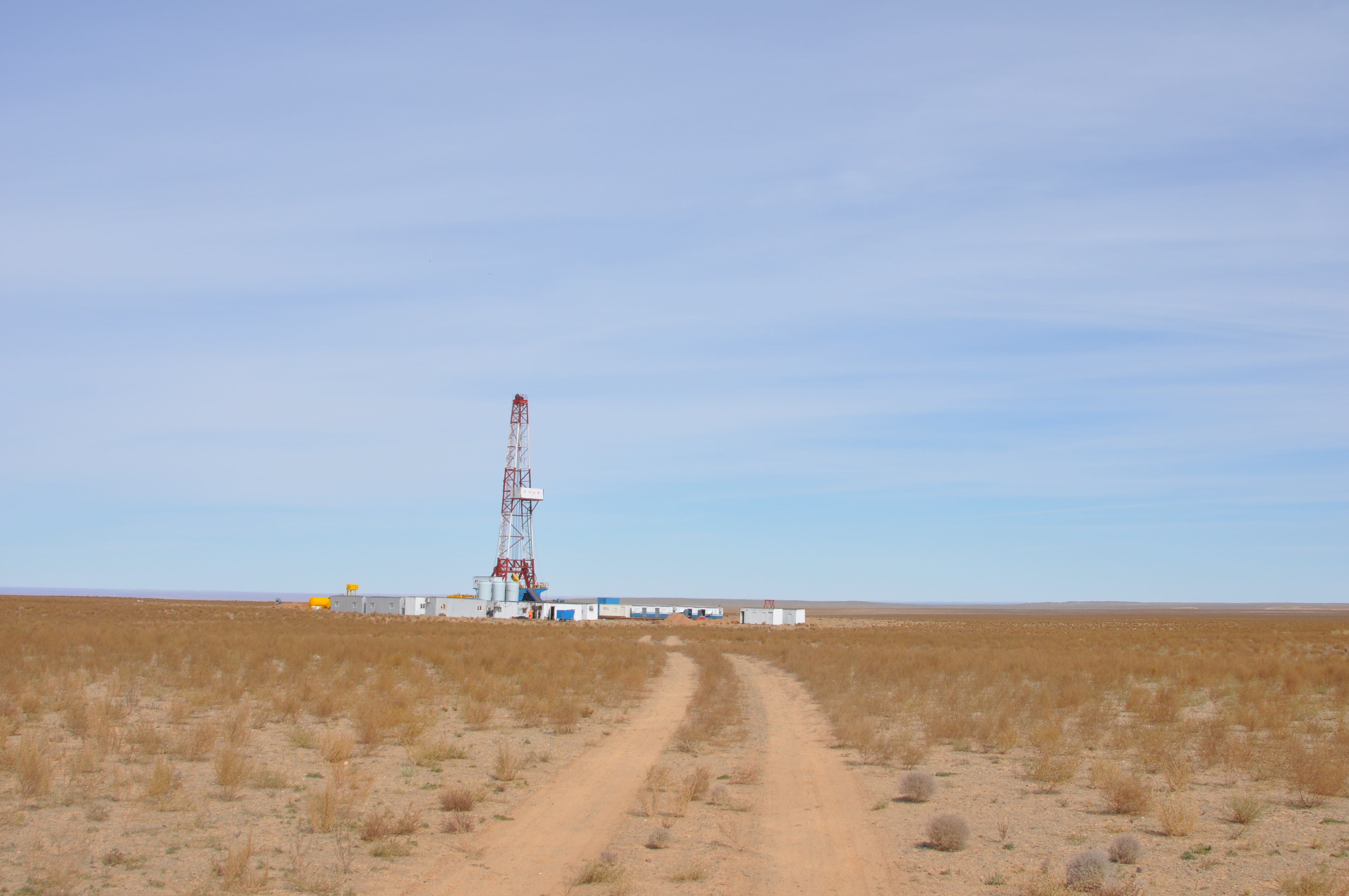 The results of this extensive research project are in the process of being published. Meanwhile, Mikkel Bunkenborg has gone back to his roots and returned to Fanzhuang Township in Hebei, China to study agriculture, food, and trust between urban and rural Chinese. Together with his colleague Anders Sybrandt Hansen, Aarhus University, and PhD Fellow Ingrid Fihl, University of Copenhagen, Mikkel Bunkenborg is now conducting a collaborative research project called “Moral Economies of Food in Contemporary China.”

“Western media have covered plenty of stories on fake foodstuffs in China and the wide-ranging distrust of food producers. The worst one being the melamine scandal from 2008 where four infants died and 10,000s were hospitalised, though it is far from the only case in China. There is a steady stream of stories about fake or toxic food that has resulted in a general distrust in food. With this project, we try to find out how this distrust is tied to social relations. What kind of social relations are reflected when you do not dare to eat what the farmers produce? Is it possible to establish trustworthy relations strong enough to trust the food that is produced by the counterpart? There is an urban-rural dichotomy embedded in the contemporary distrust of food, which is why Ingrid Fihl is working in urban Shanghai, I am looking at the food producers in rural China, and Anders Sybrandt Hansen is working on new connections between the rural and the urban on the outskirts of Beijing.”

The urban-rural dichotomy in China stretches as far back as the 1950s where the communist government introduced what some call bureaucratic feudalism, or a state serfdom-like system, to keep the rural population working in the collectives in the countryside. This was in part because there was no need for more labour in the urban industries, and in part to keep the food prices artificially low, in order to pour more money into development of the urban industries. Due to this system, the urban population had better economic conditions than the rural with healthcare and other social security benefits, which were not available for the rural population. Until the reform period (from 1978 on) this system was kept in place and resulted in very precarious conditions for the rural population in China with frequent food shortages. Today the system has been loosened and the difference in services provided is less pronounced.

"The rural-urban divide still haunts in China, and in a more explicit way than it does in countries where the mobility has been greater between the rural and urban areas. This is reflected in an underlying distrust from the urban population towards the farmers, which is only boosted by the food scandals. At the same time, many farmers feel that they don’t get a fair price for their produce, which makes them care less for the quality of the food they send to the cities and results in an overuse of pesticides.” 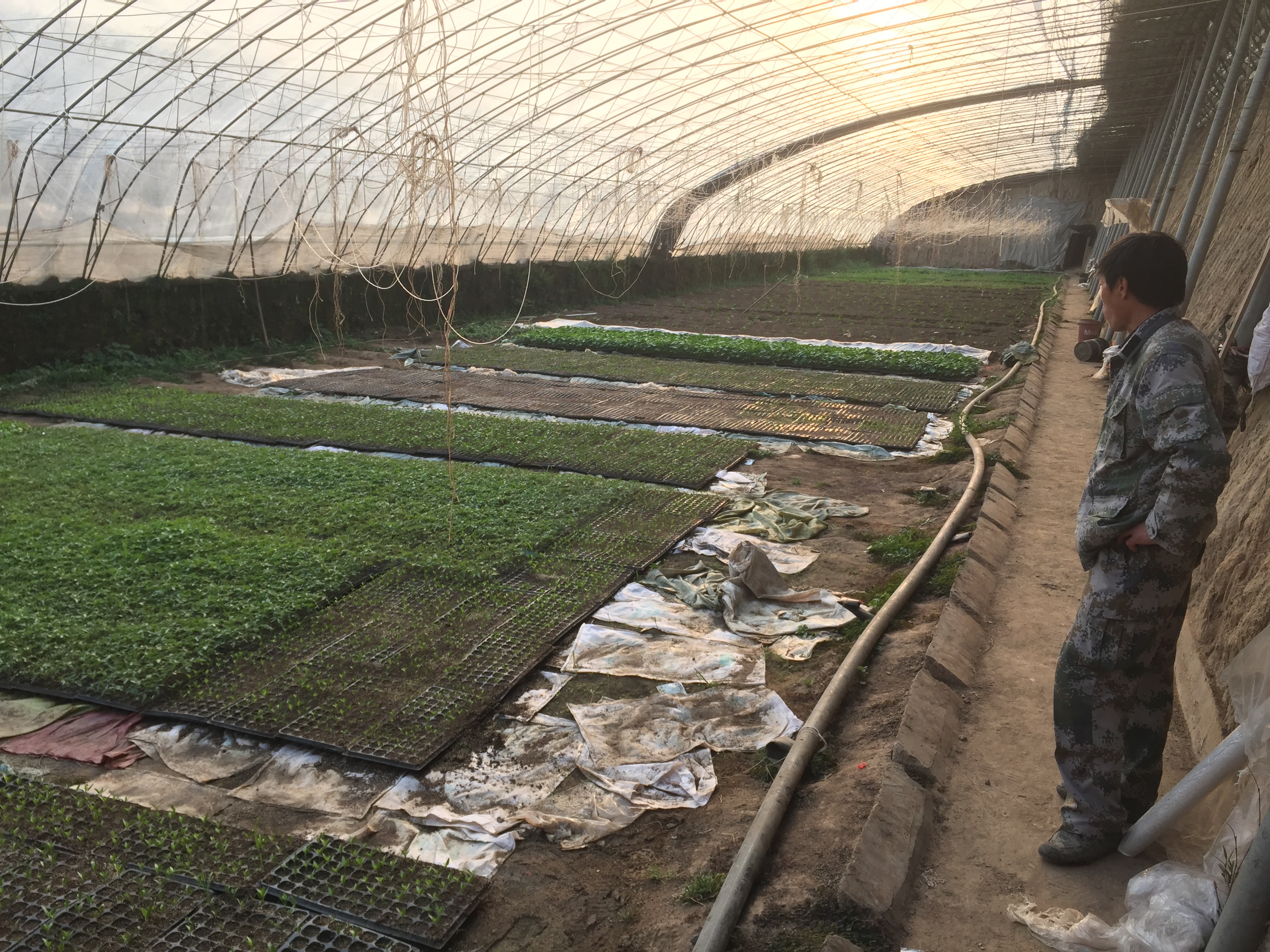 A fundamental topic in the research project is thereby trust, and specifically trust towards strangers. Many anthropologists have pointed to an engrained mistrust of strangers in traditional Chinese culture to explain the mistrust between the urban consumers and rural producers of food in China, but Mikkel Bunkenborg is sceptical about this explanation.

“It is usually traditional Confucian morality that is blamed for such xenophobic tendencies, but while it’s no doubt true that the extent of moral obligations differed from one type of relation to another, it cannot be true that there was a general lack of norms for dealing with strangers in traditional China. Indeed, theideal of hospitality towards  guests, including strangers, is widely celebrated.  In Fanzhuang, for instance, where my fieldwork is conducted, the annual temple festival is a ritual receiving of guests. The main god of the township arrives and stays in its statue throughout the festival and other gods, as well as 10,000s of people from the neighbouring villages and towns, visit the temple and township. We are talking about largescale festivities where ritual guest-host relations play a central role, and this would suggest that there are deep-rooted norms for dealing with strangers and establishing relations of trust. The whole idea of guest-host relations is also firmly embedded in the Chinese language. With the introduction of Western philosophy and linguistics, the subject was termed the “host-word”, and the object became the “guest-word”.  By implication, being objective was translated as “the perspective of a guest” and subjective as “the perspective of a host.” This suggests that the relation between hosts and guests was quite fundamental, and the evident valorization of hospitality suggests that there were in fact ways of dealing with strangers and producing trust.”

With only a year gone by, the research project is still in its infancy. The ideas on the drawing board look promising and will likely occupy most of Mikkel Bunkenborg and his colleagues’ time for years to come. It is therefore difficult to predict exactly how the findings will shape Mikkel Bunkenborg’s future research, but at the moment, trust seems to be promising line of enquiry:

“It seems to me that social trust is often presented as a sort of capital which a society can lack and trust is thus discussed as if it could be abstracted from specific social relations. In contrast to approaches to trust that are inspired by economics and sociology, we are dealing with trust as an aspect of specific social relations and such an anthropological approach seems to me rather promising, not just in terms of sorting out how people in China trust or distrust their food, but also in terms of understanding trust as a universal problem.”